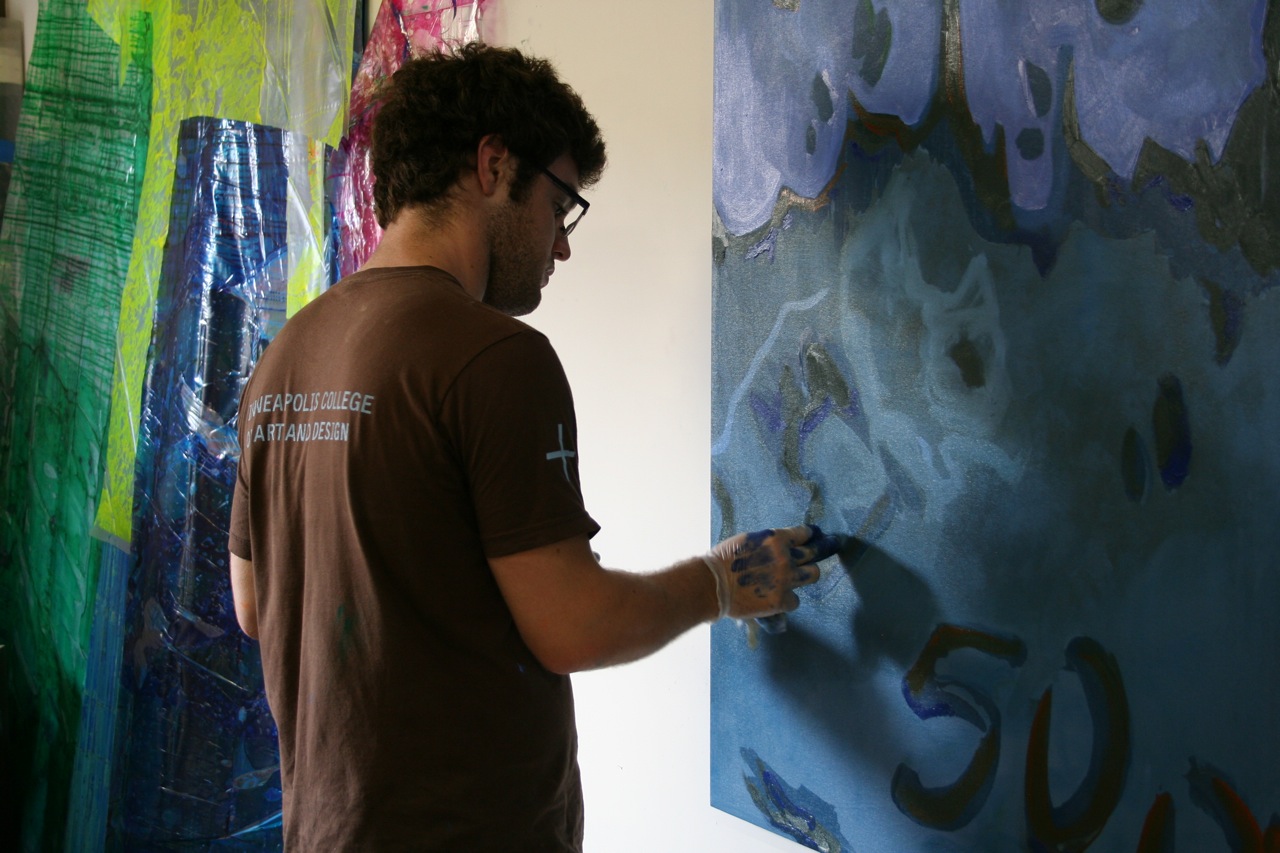 Student Josh Meillier works on a panel of the Medtronic mural. 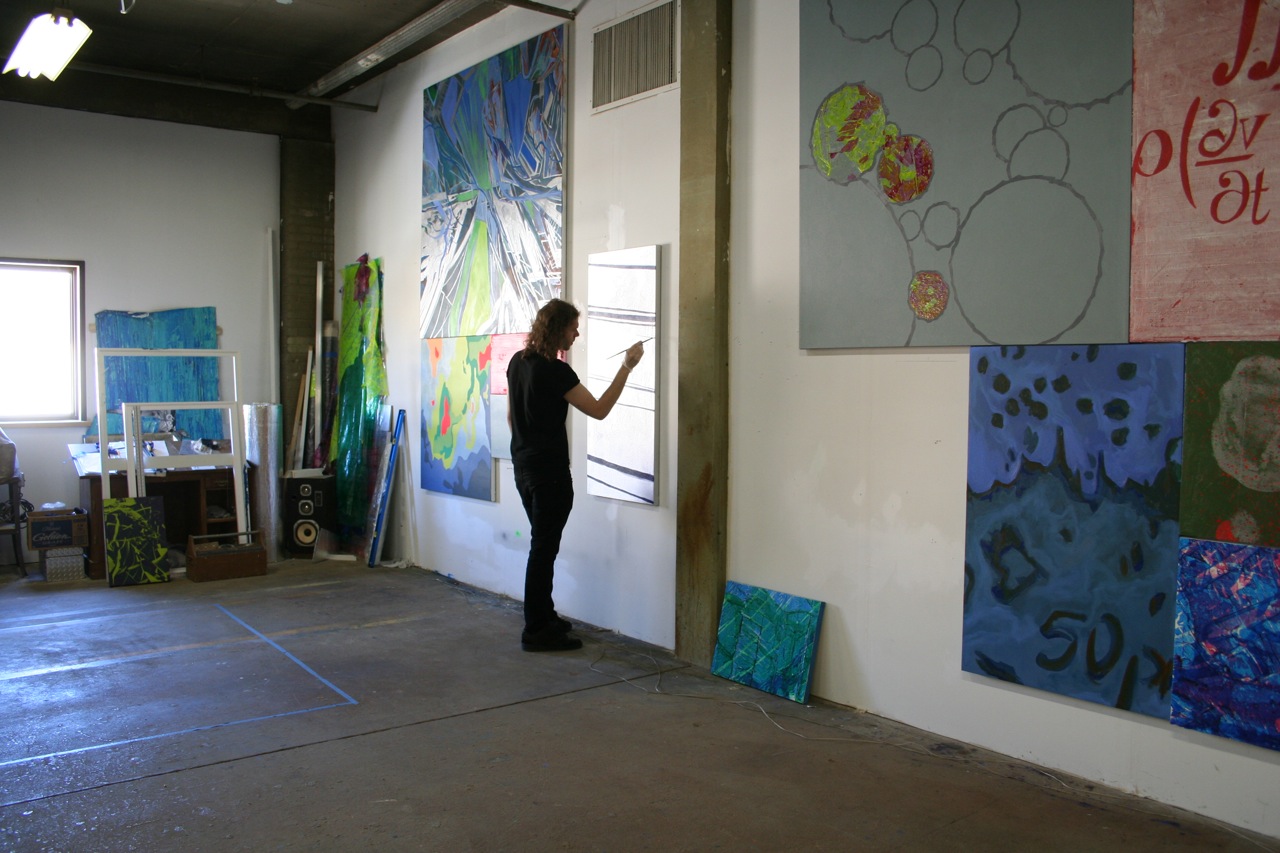 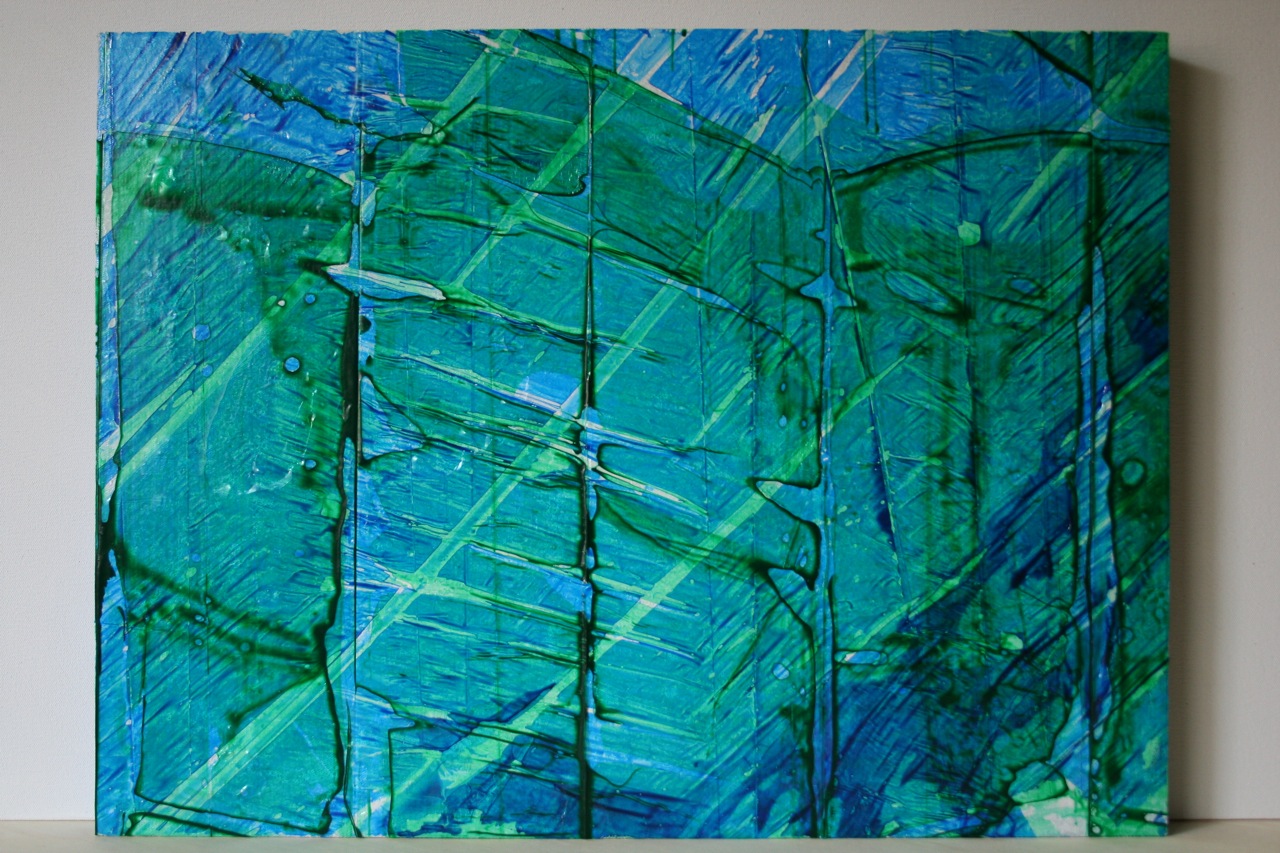 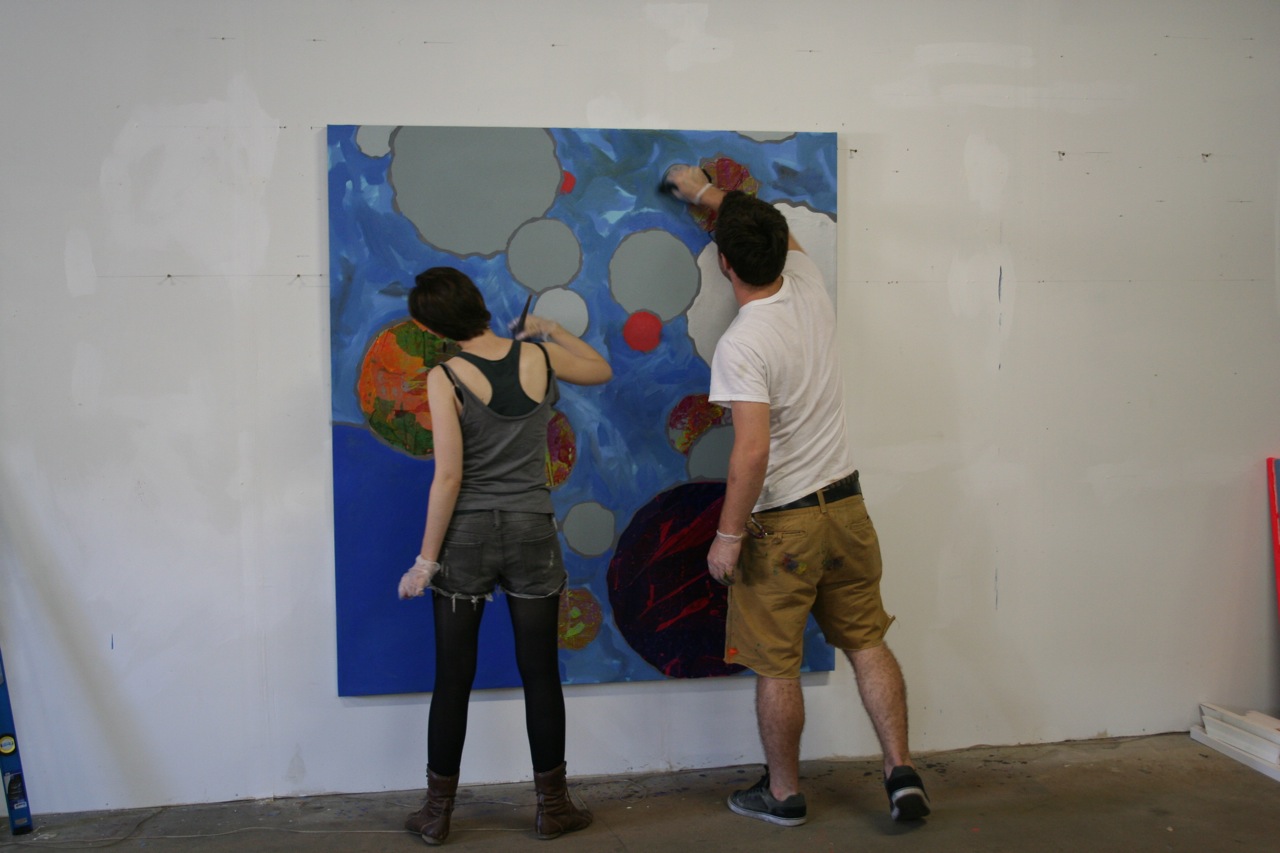 One of the unique aspects of this project was that students were made to work on each other's panels of the murals in order to have a unified and collaborative piece. 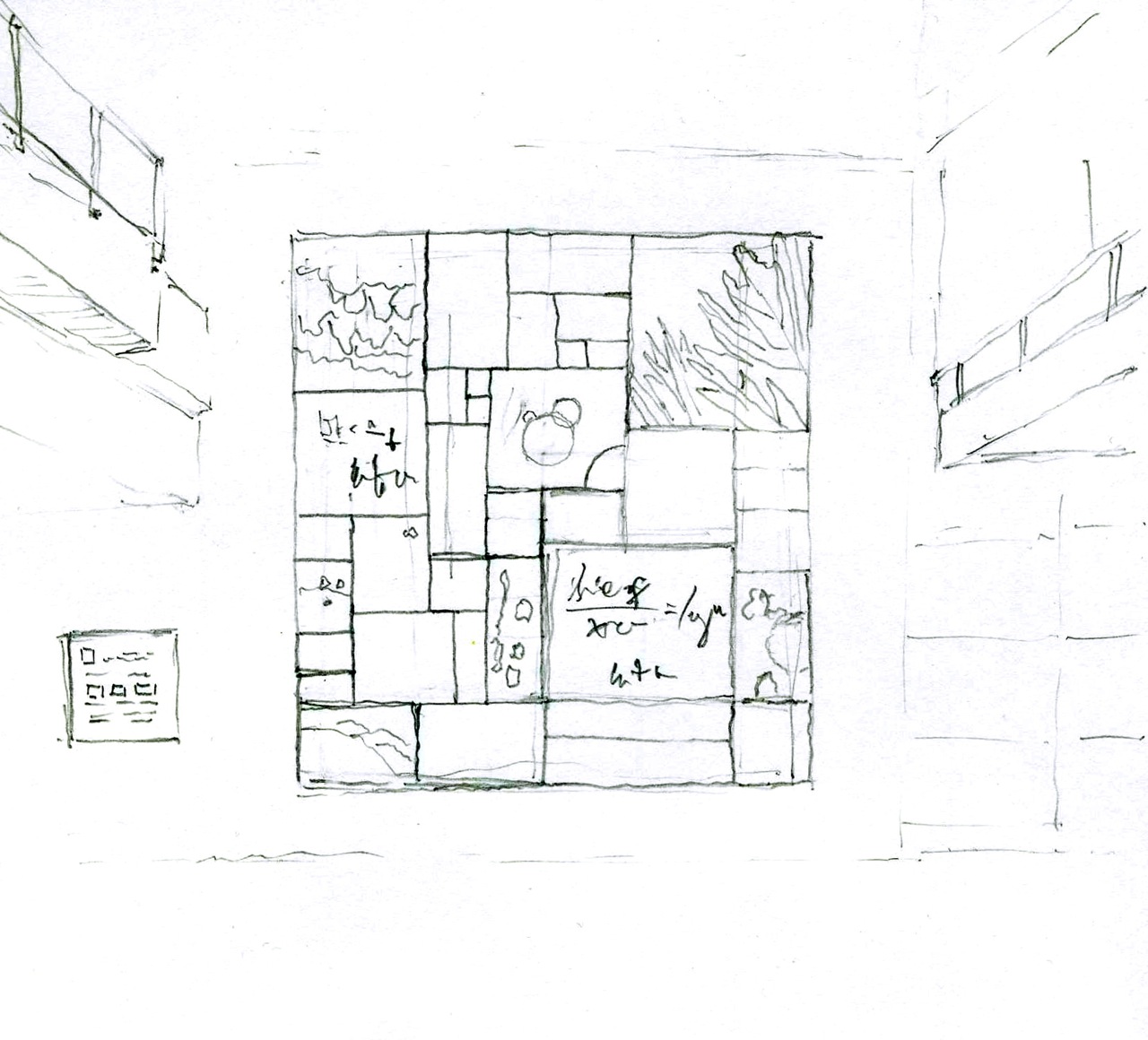 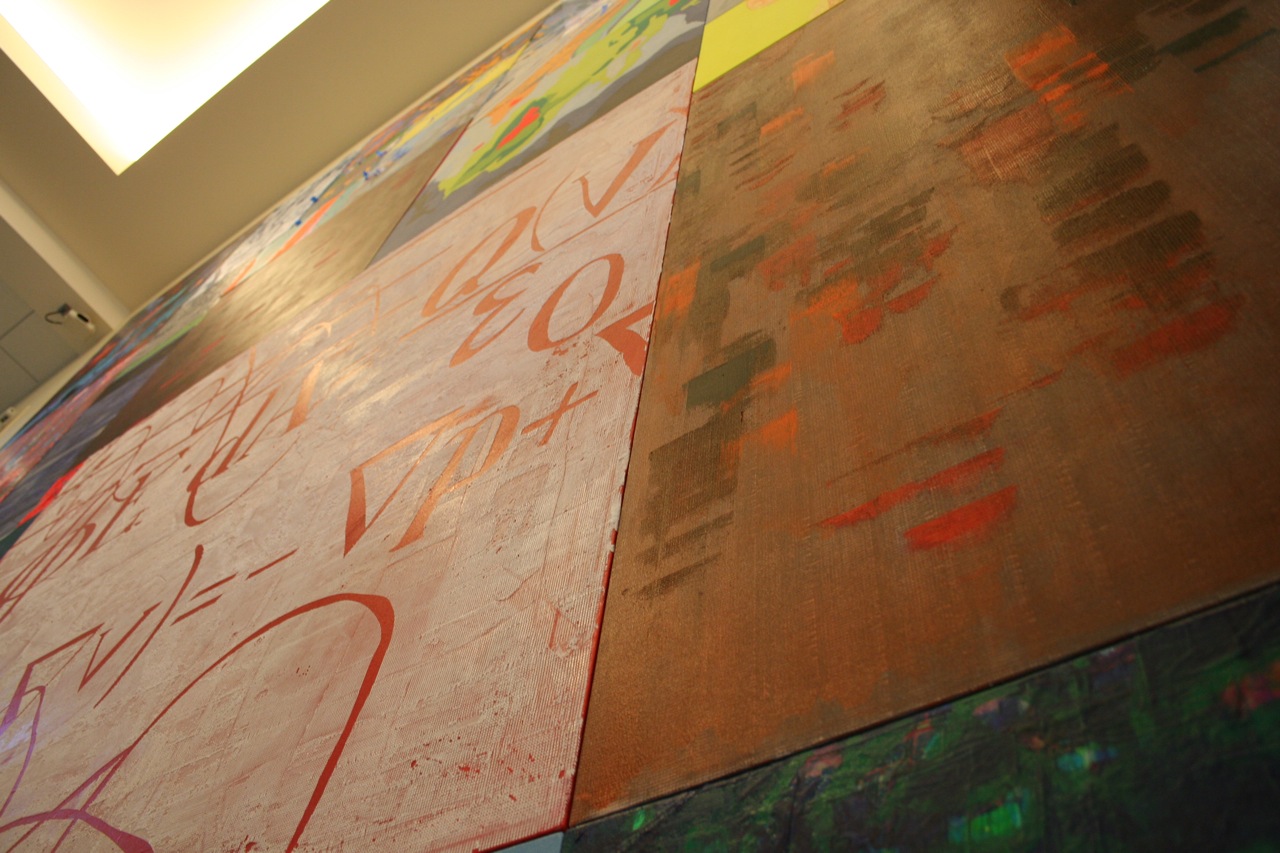 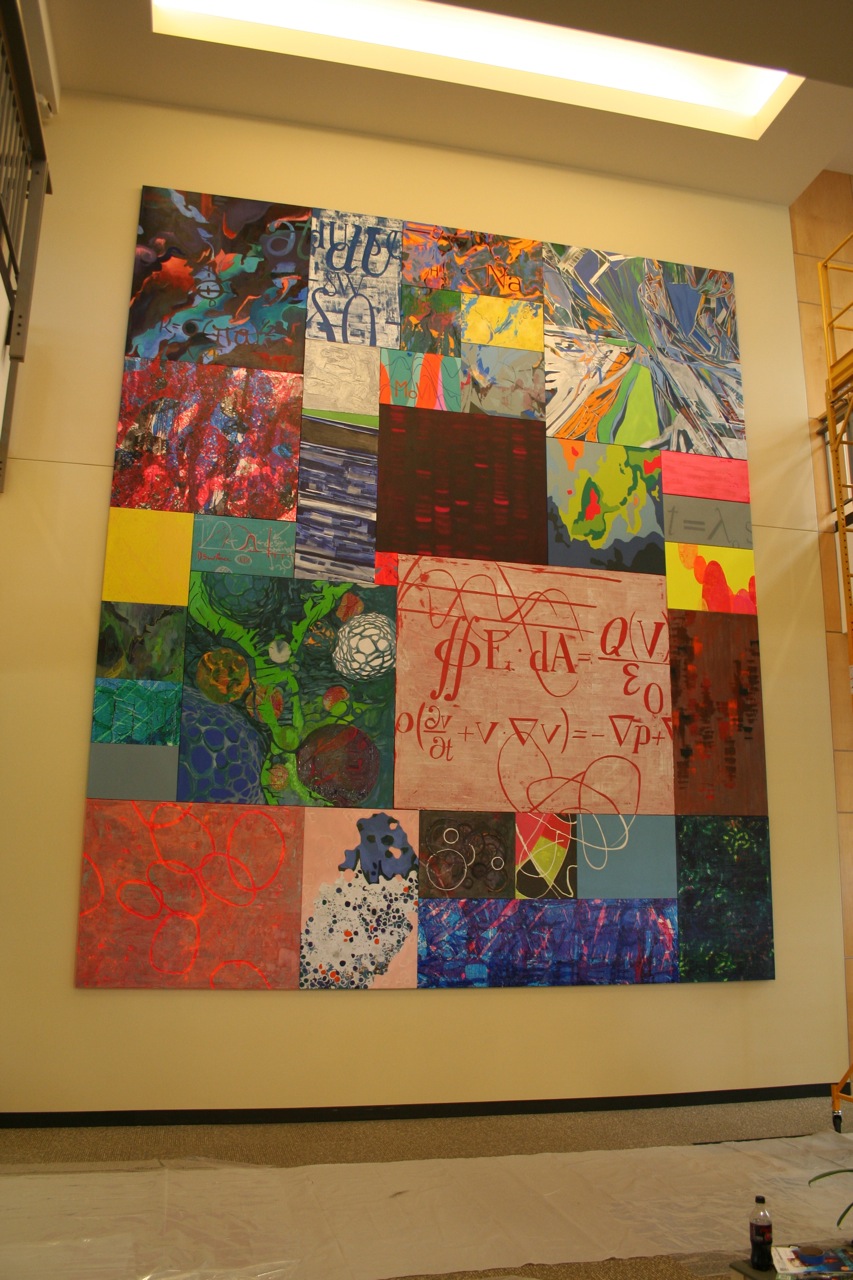 Minnesota is home to more Fortune 500 companies per capita than any other state in the U.S., including Medtronic, Inc. Medtronic is not only an anchor of the Twin Cities business community, but also the largest medical technology company in the world.

In 2011, MCAD was commissioned to create a mural for Medtronic’s headquarters in Fridley, Minnesota. Led by fine arts faculty member Ed Charbonneau, a team of student interns designed and created a major permanent installation for the corporate campus. The project was completed over the course of the summer as collaboration between Charbonneau and seven student interns.

Rather than the using the traditional method of painting a large image directly on a wall, the team instead created more than thirty individual canvas paintings. The  paintings collectively form a two-story artwork thematically centered on commonalities between the scientific and artistic creative processes.  The composition is based the use of whiteboards throughout the Medtronic labs for problem solving, much in the same way that artists use their sketchbooks. Visual research for the piece included genomic sequencing, cell biology, trigonometry, calculus, and thermodynamic equations provided by scientists at Medtronic; the work as a whole reflects the company’s mission of contributing to human welfare through the innovation of medical devices.