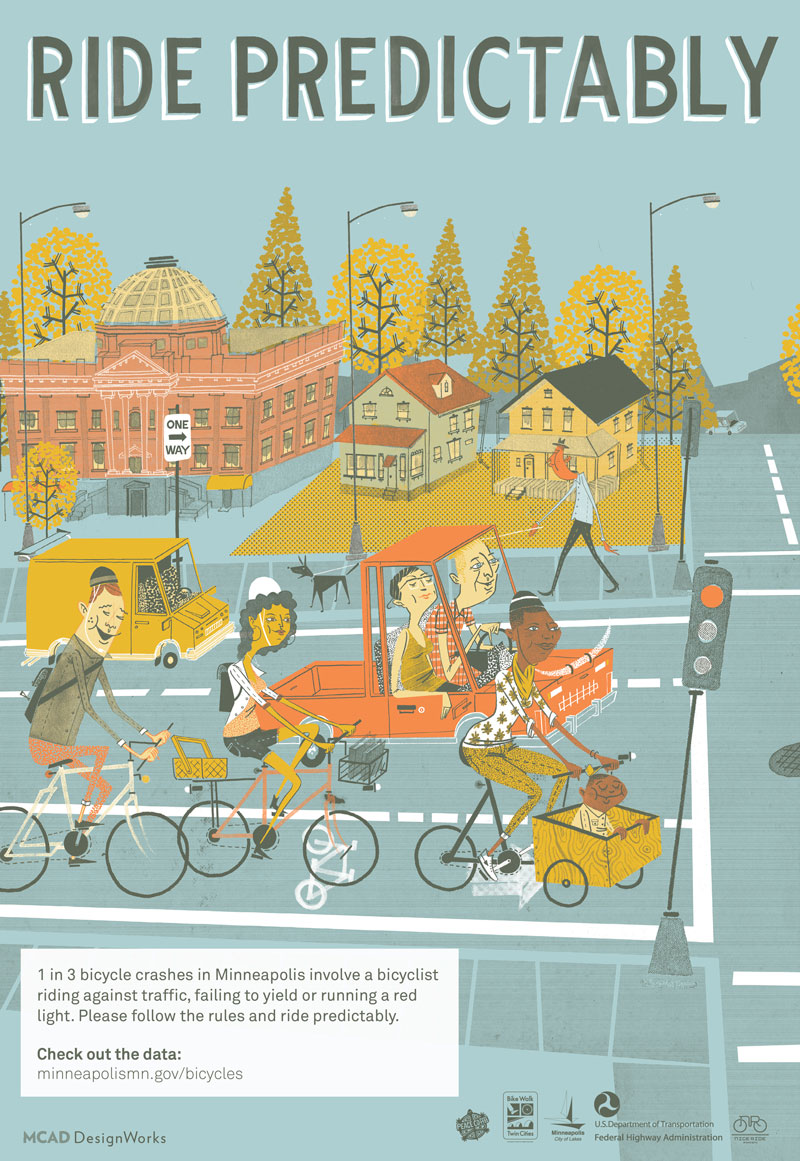 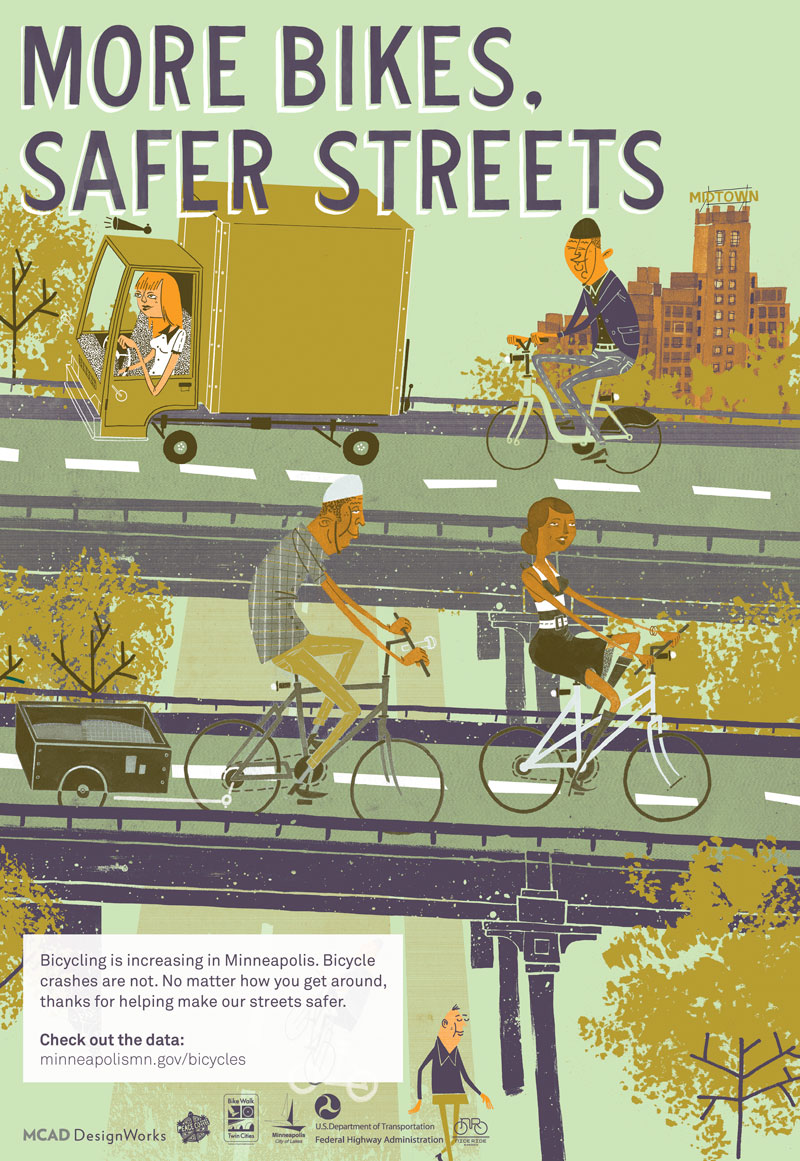 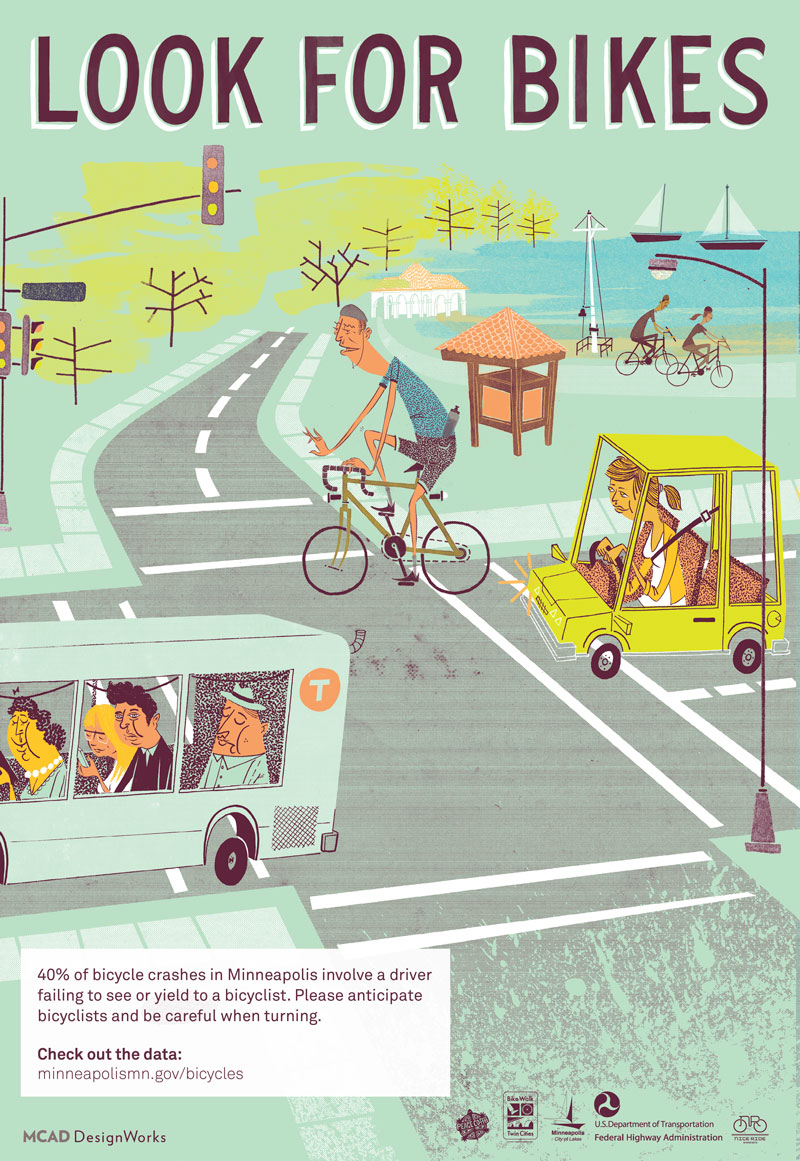 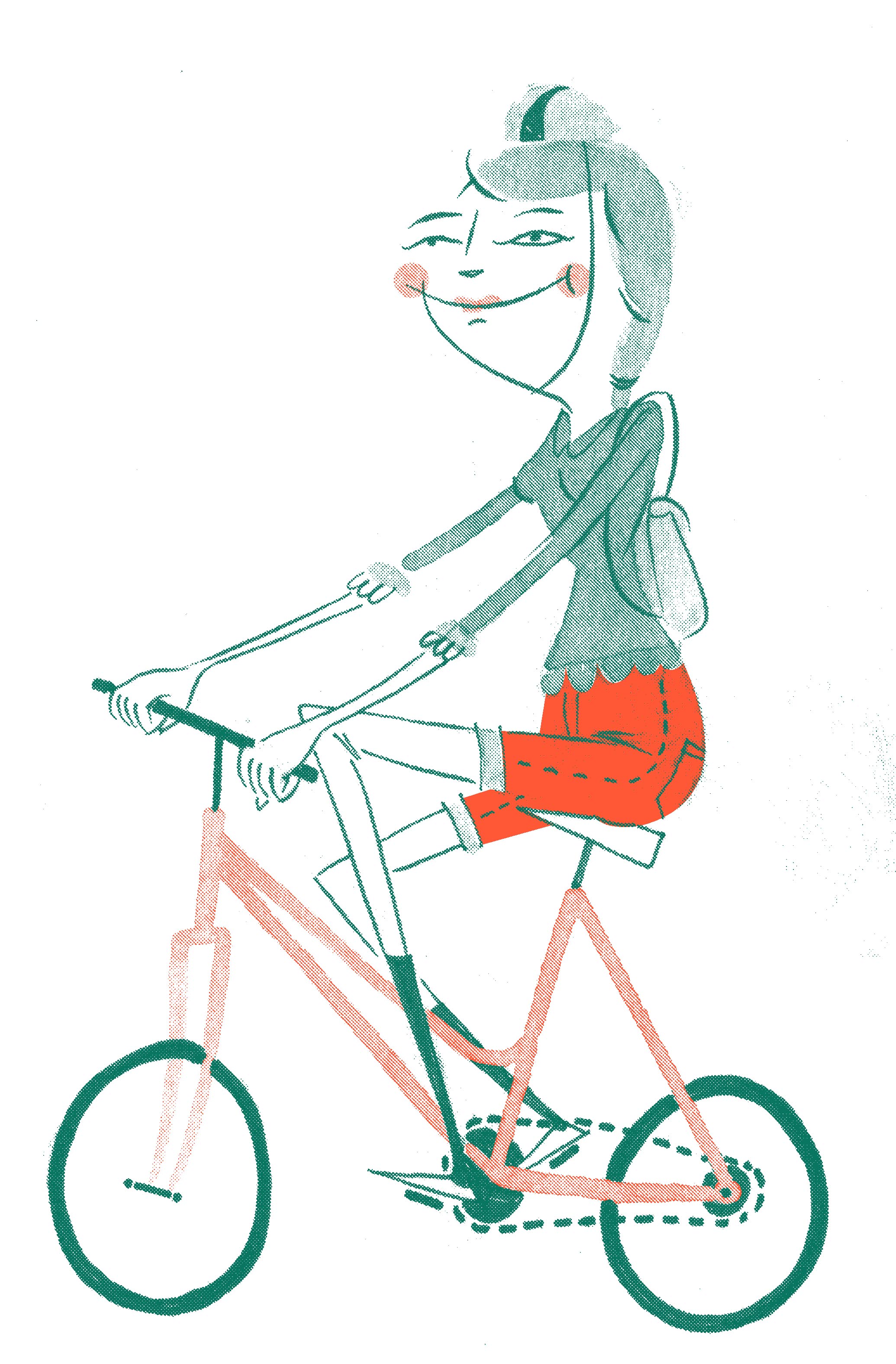 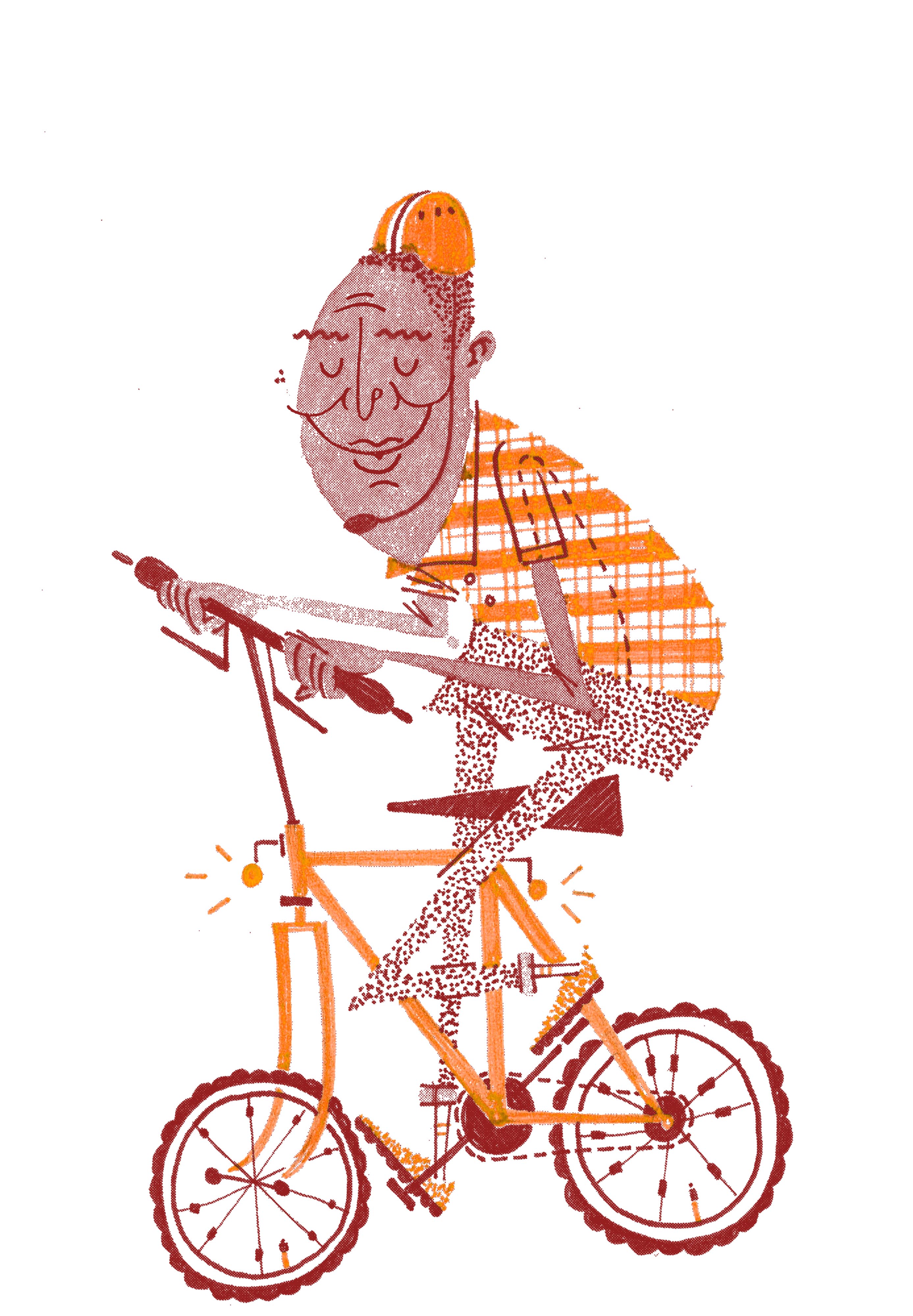 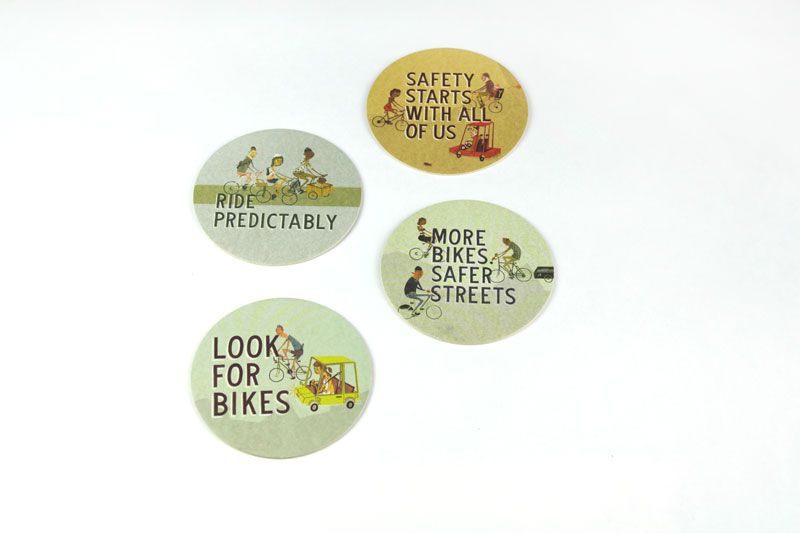 Despite its reputation for ferocious winters, Minneapolis has the second-highest population of bikers in the nation. In the fall of 2012, the City of Minneapolis Public Works Department approached MCAD DesignWorks to help the city develop a bike safety and awareness campaign for both bikers and motorists.

In researching bike safety campaigns undertaken by other organizations in the past, DesignWorks staff found that many bike safety campaigns were filled with violent images and fear-based messaging. Rather than taking this route, the designers chose to develop a friendly and accessible campaign to communicate the message that biking is fun, safe, and that everyone (motorists, bikers, and pedestrians) needs to share the road.

DesignWorks used large, simple headlines, bright colors with eye-catching illustrations, and city-specific landmarks to create a series of four large, back-lit bus shelter posters, spoke cards for bikes, window clings for motorists and coasters for bars and cafes where bicyclists are frequent diners. Smaller, multi-language posters were also posted around the city and made  available as online banners.