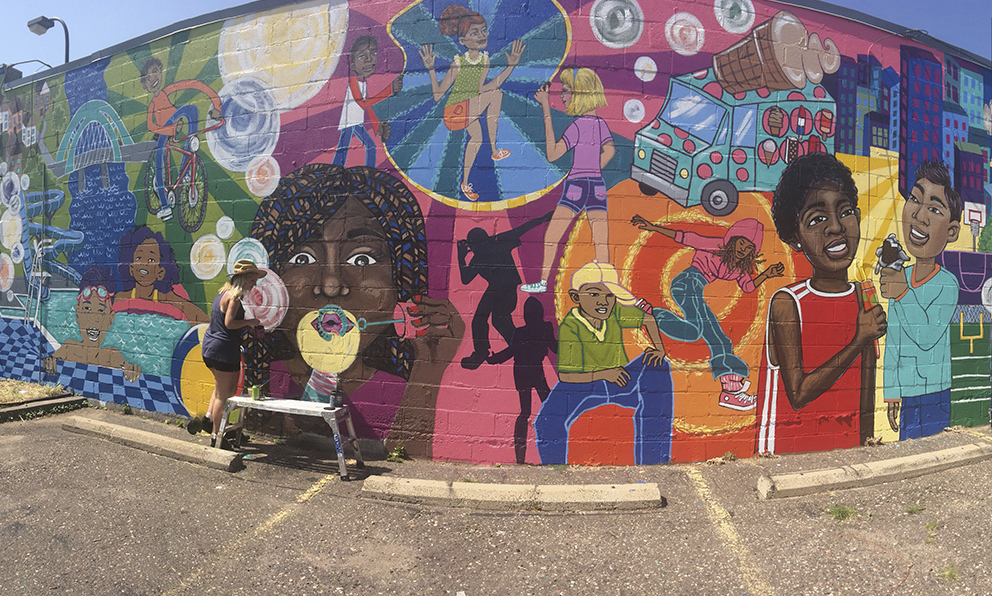 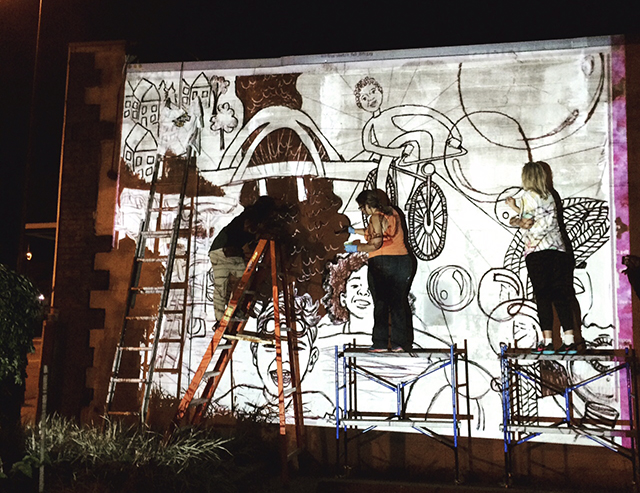 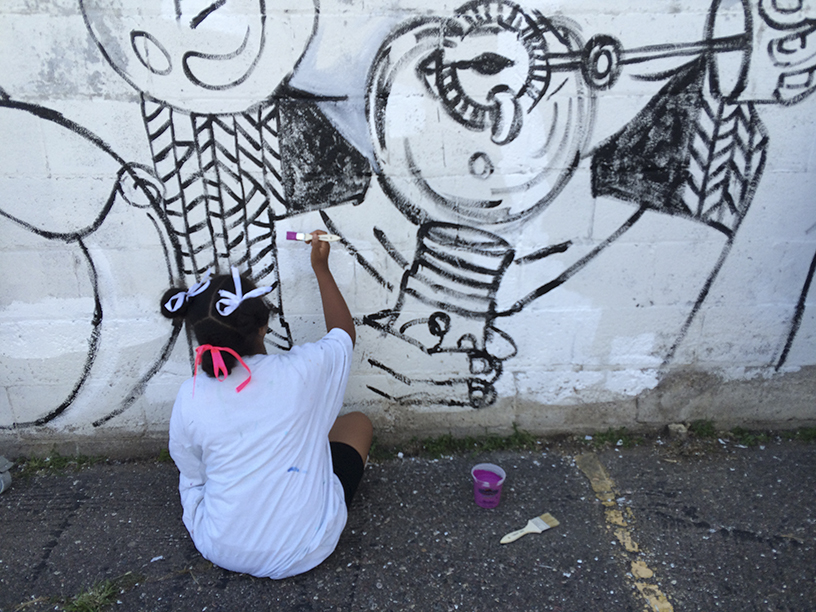 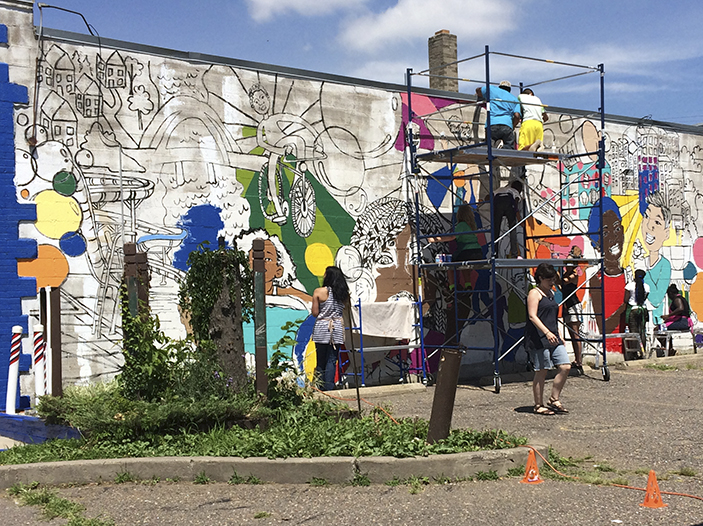 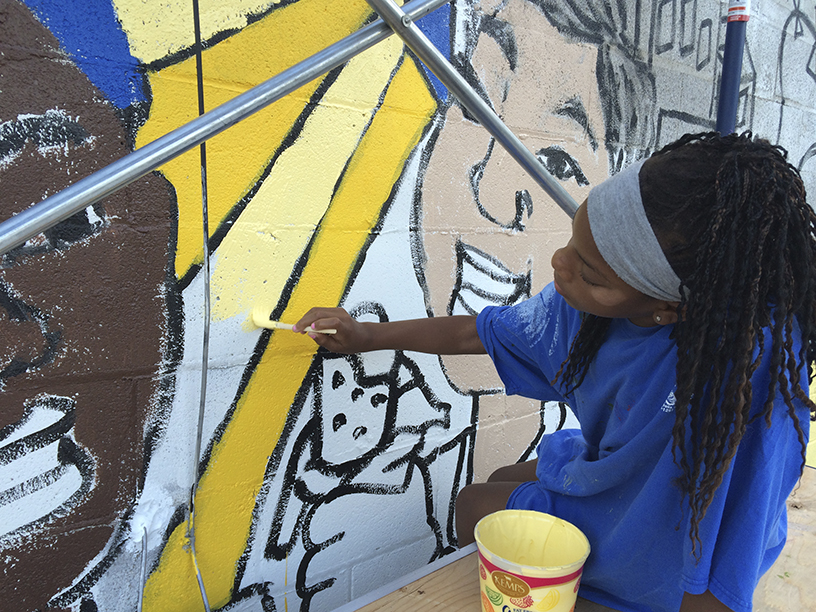 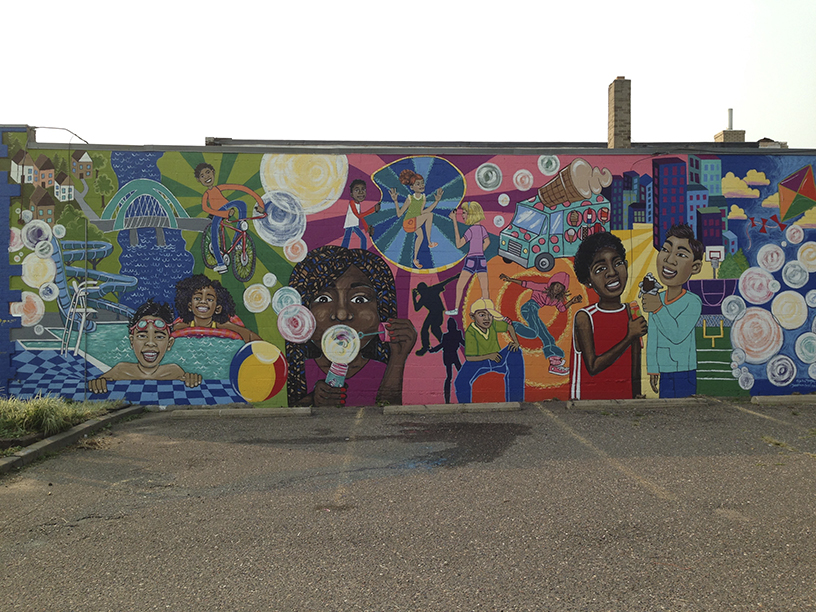 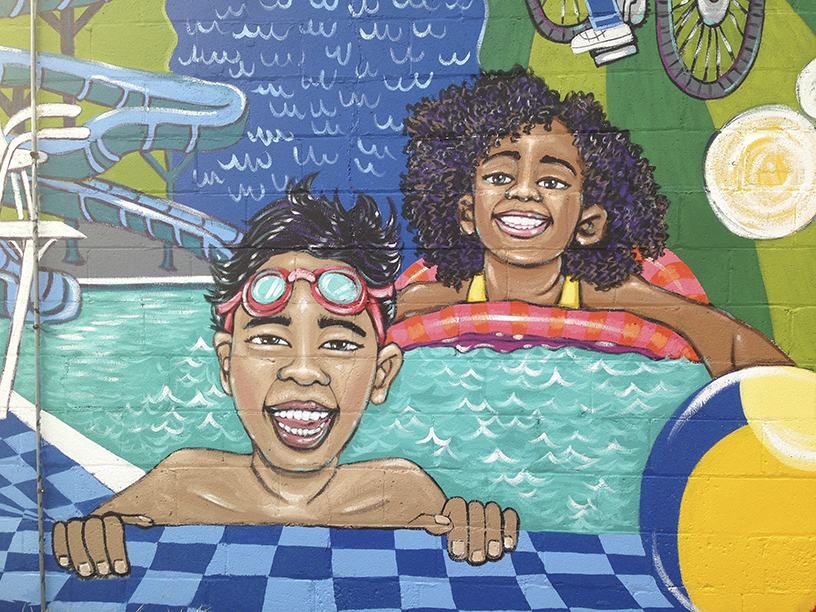 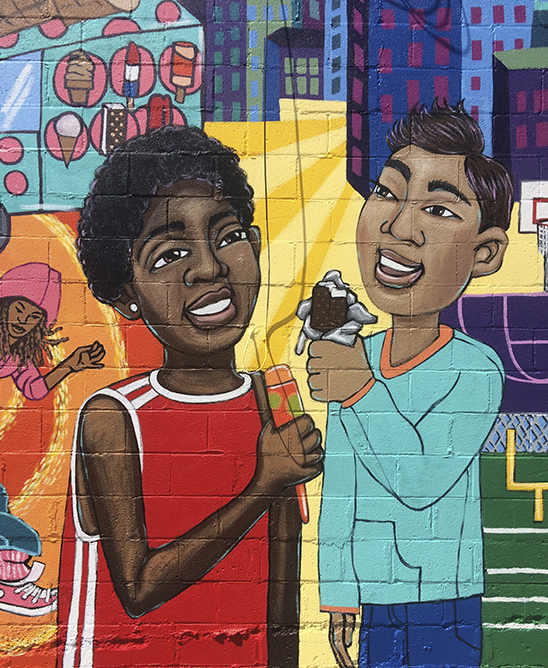 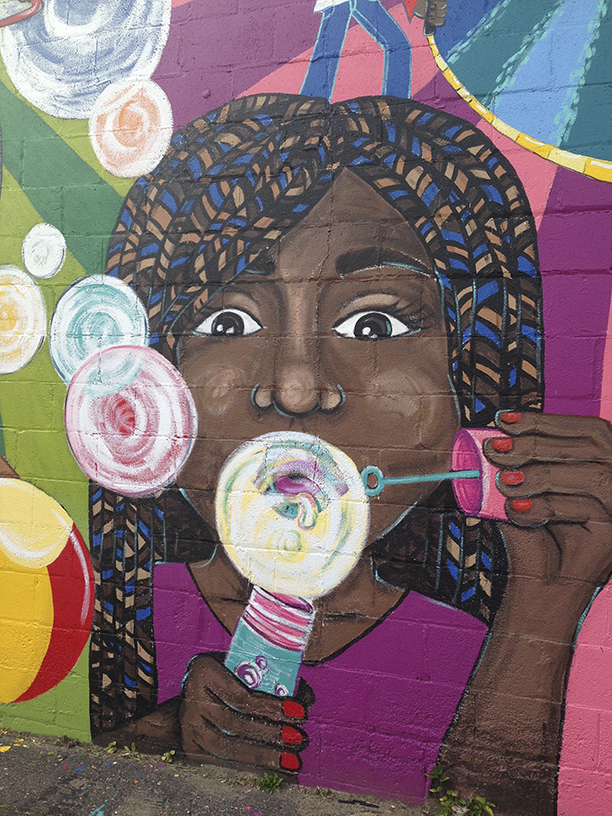 A team of MCAD faculty, staff, and students–along with over 60 children and youth from North Minneapolis–worked together to create a community mural celebrating Northside youth this summer. MCAD alum and adjunct professor Melodee Strong, along with two student interns, Chelsea Novotny ’16 and Jonathan Herrera ’17, held a series of brainstorming session with North Minneapolis children and teens in early July. The youth were asked to draw what they like best about their neighborhood.

Strong and her interns then combined the sketches and ideas created by the children into a unified concept for a 14’ x 44’ foot mural that was created on the exterior of the Clipper Cuts barber shop near the intersection of Broadway and Penn Avenues. The team painted a black and white outline of the mural design on the exterior wall and then invited the community to help paint the mural during the FLOW Northside Arts Crawl held July 24-25. Nearly 70 community members of all ages helped paint the mural during the arts festival, and a handful of MCAD staff volunteered to help with the mural creation as well.

“So many times youth don’t get to share their voice,” remarked Strong, who is herself a resident of North Minneapolis. “With this mural, they feel that they are contributing to their community and neighborhood. That’s very powerful, and the end result is that we have this beautiful mural in the community that the kids helped create.”

In addition to being a community-arts project, the FLOW mural allowed several interns to gain first-hand experience in how works of public art are created by engaging communities. Illustration major Chelsea Novotny reflected on her internship experience by stating, “Art that involves the community is very powerful, positive, and purposeful. Through this type of socially-engaged work a person realizes that art can create something bigger than oneself.” Painting and drawing major Jonathan Herrera added, “This internship has helped me understand what I want to pursue in the arts, which is to give back to communities, especially those of poor income. I already had this craving, but this internship has taught me how these types of projects are laid out and happen in real life.”