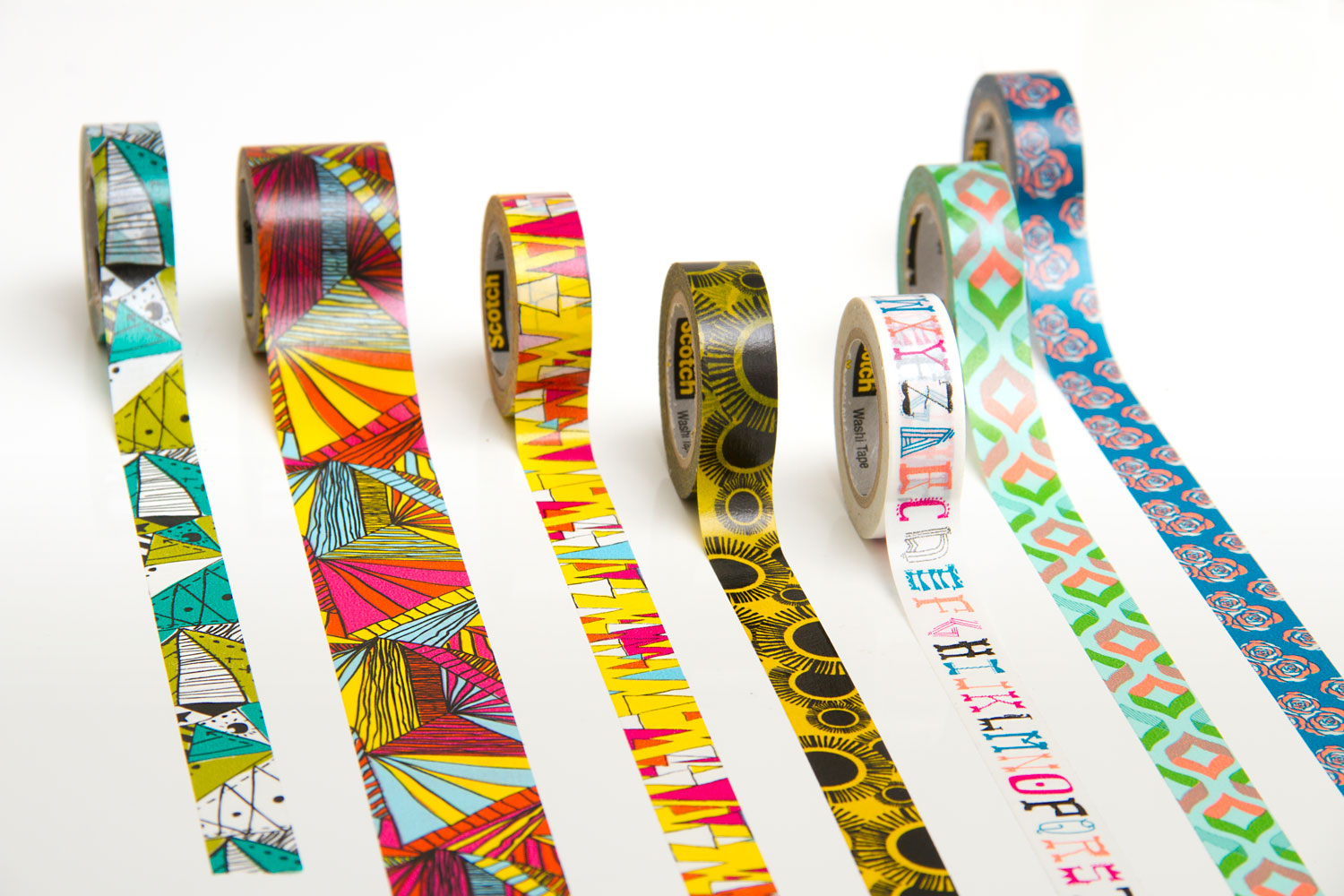 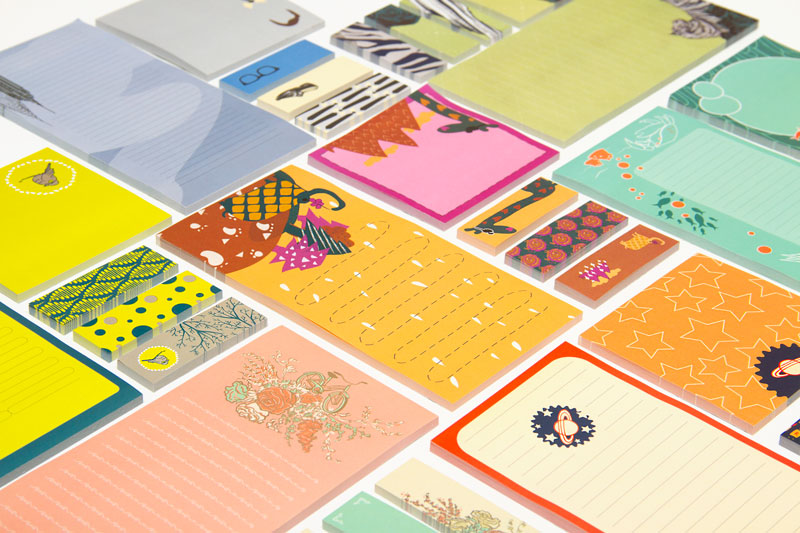 Post-it Notes from the Signature Series designed by MCAD students and put into production. Photo courtesy of 3M.

Good design has the ability to elevate a simple, everyday object into something both beautiful and functional. This is a lesson MCAD students enrolled in the Illustration Topics class co-taught by Tom Garrett and Allen Brewer learned firsthand when given the opportunity to collaborate on projects working with two of the most iconic office products on the market: 3M’s Post-it® Notes and Scotch® Tape.

In the fall of 2012, 3M Global Design Lab partnered with MCAD’s illustration students to work on a project developing surface design patterns that would be used on the new Post-it® Signature Series and Scotch® Expressions Tape Collections. Students worked on identifying potential user groups and creating related trend boards, and then developed illustrated concepts.

As a result of this process, twelve students had their designs selected by 3M to be put into production. Those that were selected spent time refining their concepts for manufacturing, which were then produced as printed designs for either the new Post-it® Signature series (which is targeted to high-end boutiques and stationery stores), or for the new platform of Scotch Expressions Tape (which is sold into mass retailers). The resulting products hit retail shelves in the summer of 2013. Students who had their designs selected for the Post-it® Signature Series had the added bonus of having their logo included on the product packaging and a brief bio featured on the product’s website.

Student Heather Tubwon, who created several tape designs, summed up the experience by noting “seeing something I designed in class turned into a product on store shelves is a crazy and wonderful feeling.”