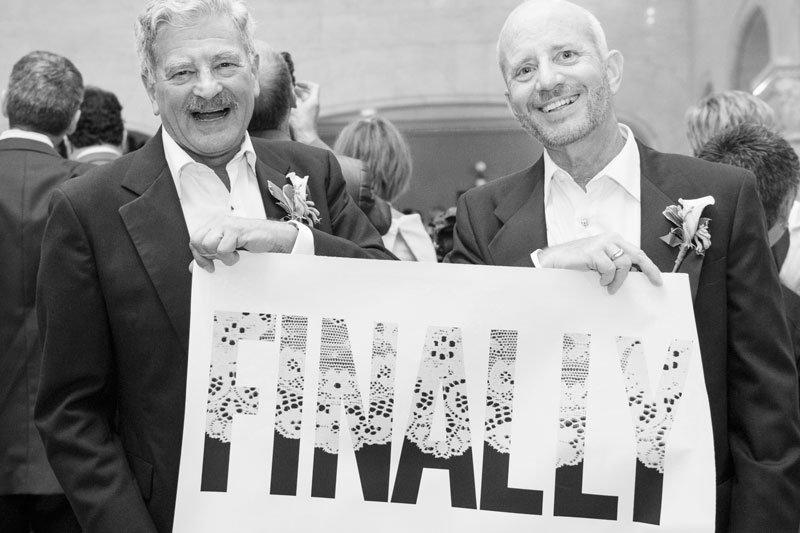 Among the happy couples married August 1 at Minneapolis City Hall were partners Phil Oxman and Harvey Zuckman. They were together 38 years before being allowed to marry. Image courtesy of PeggySue Imihy. 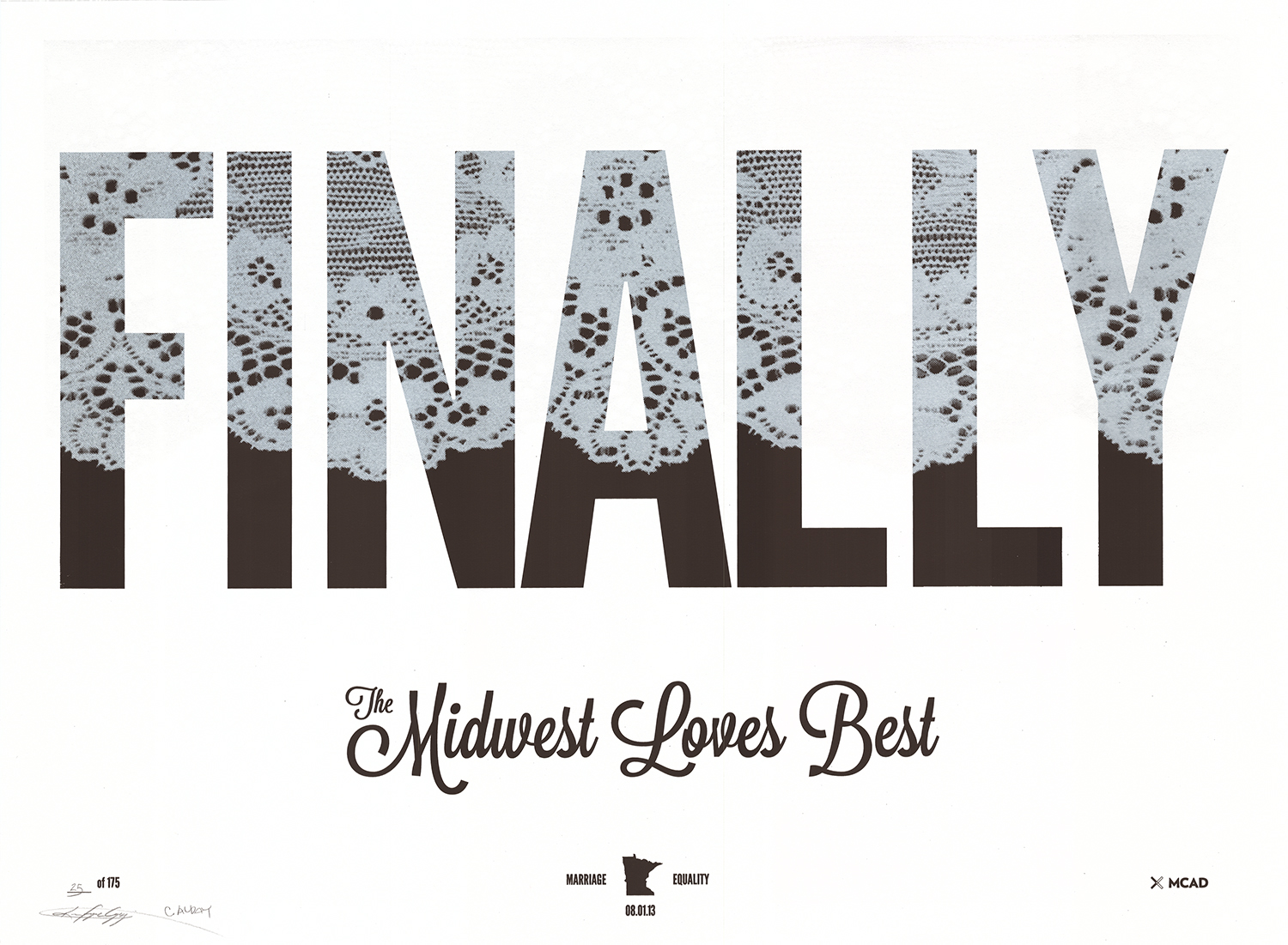 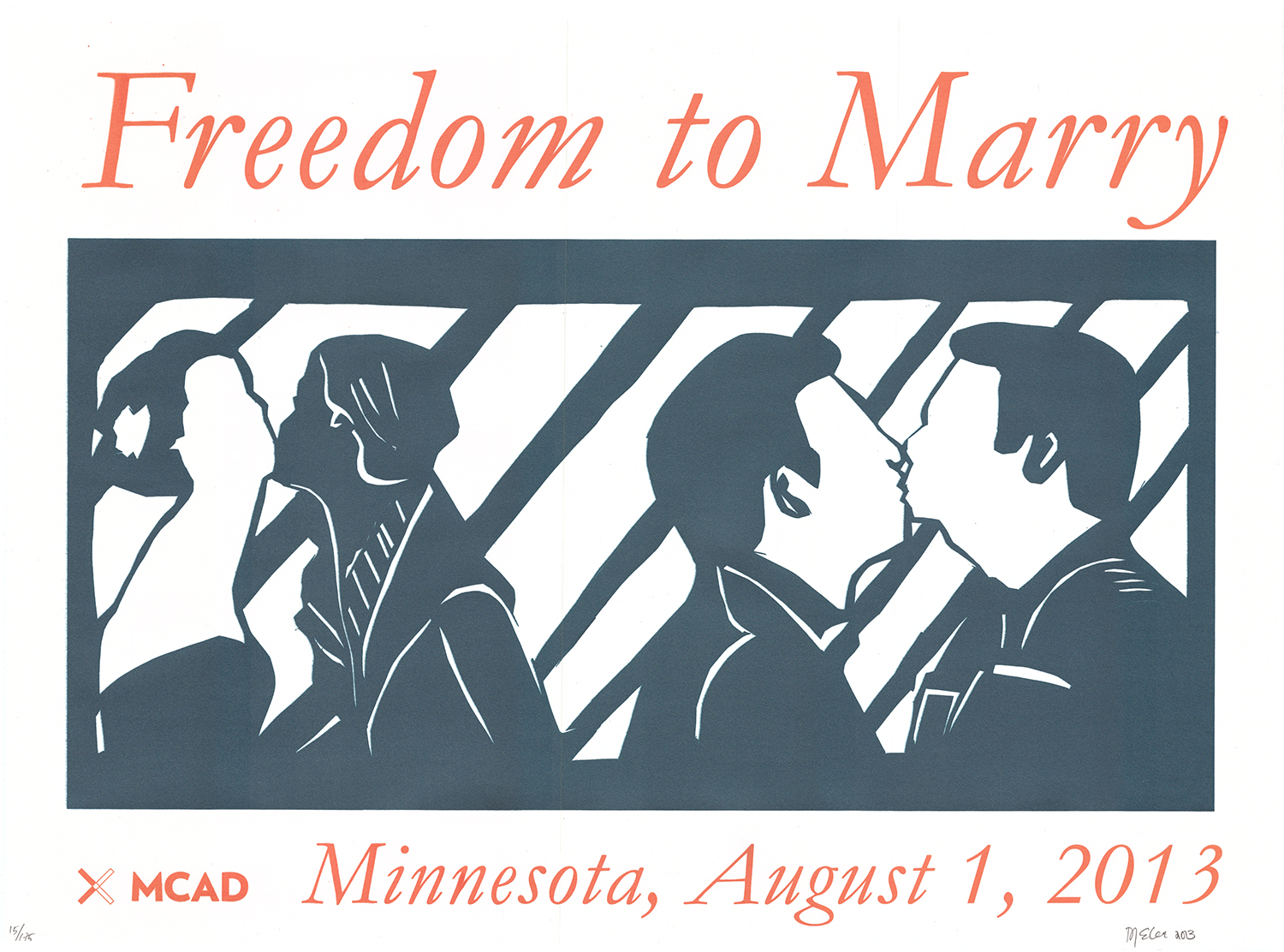 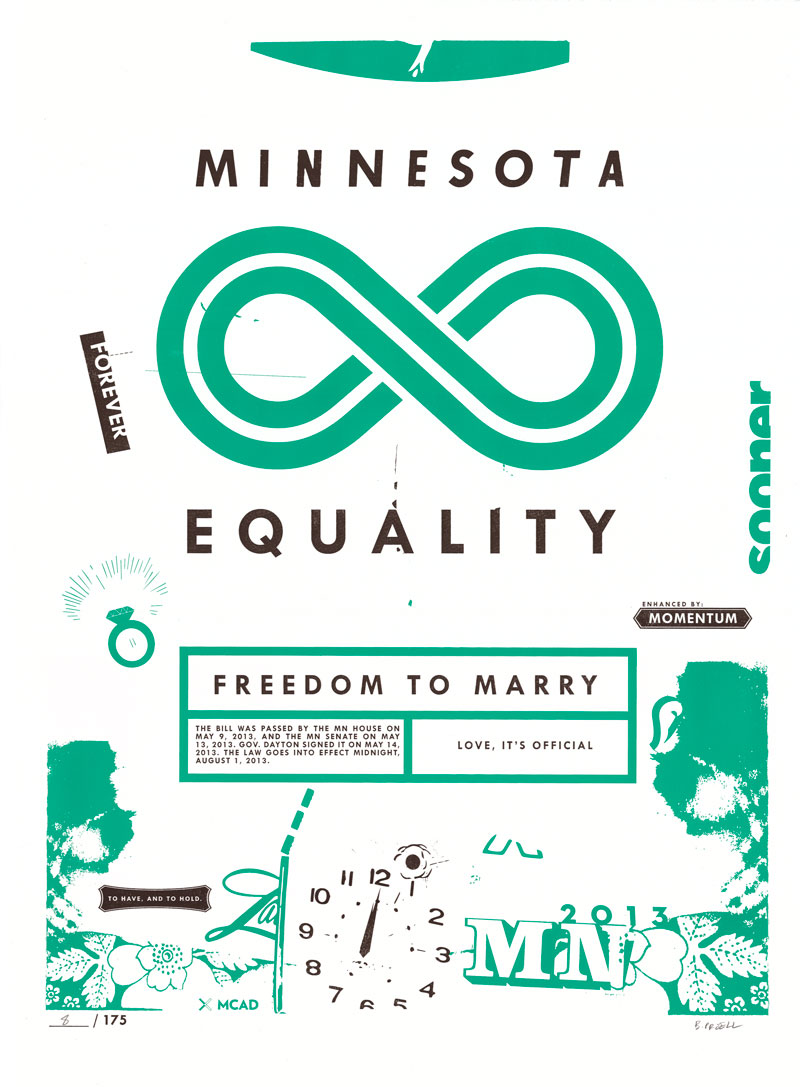 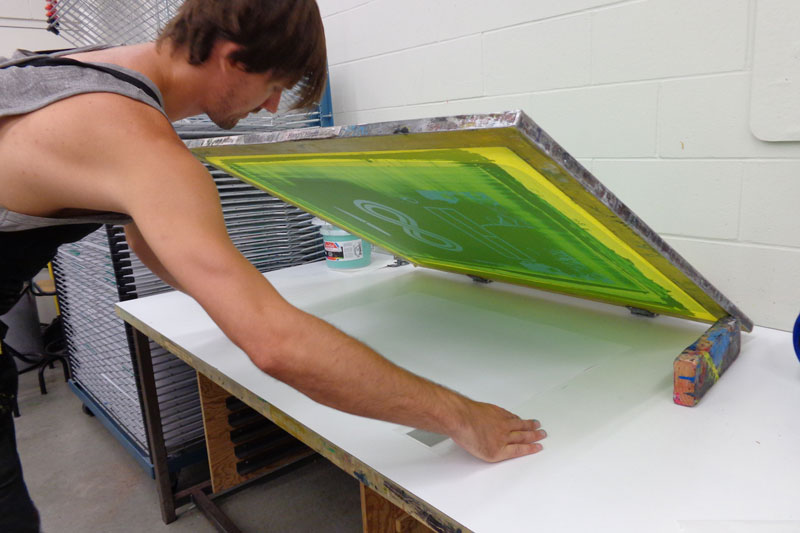 Ben Proell in the studio 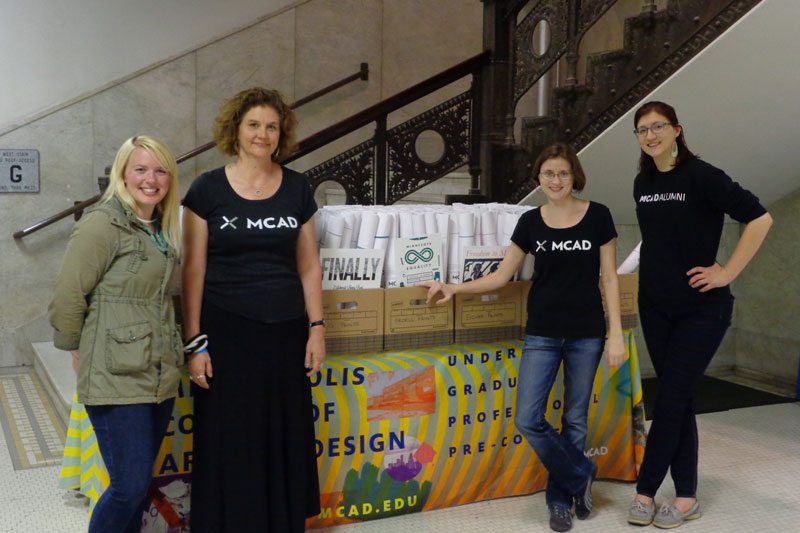 MCAD staff with the prints at City Hall 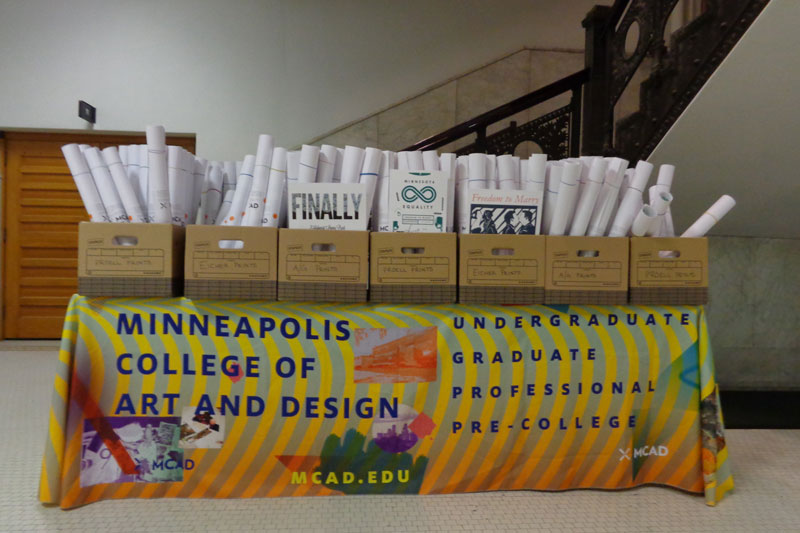 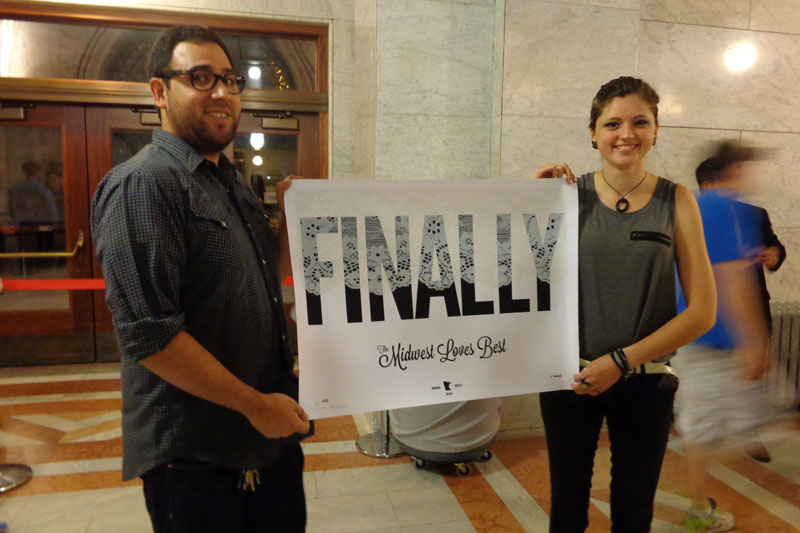 At the stroke of midnight on August 1, 2013, Minnesota became one of the growing number of states in the nation to enact  same-sex marriage equality. To mark this historic occasion, Minneapolis Mayor R.T. Rybak hosted an event that night at City Hall where over sixty same-sex couples were finally allowed to legally wed.

As part of the celebration, MCAD hired three artists to create limited edition commemorative serigraphs to mark the occasion. Artists Diana Eicher, Ben Proell, and the team of Christopher Alday and Kara Gregory were each responsible for producing 175 serigraphs to give away to the happy couples, volunteers, and members of the public present at the August 1 event. Each print was inked by hand on acid-free paper and signed and numbered by the artists.

Sets of the prints were also donated to GLBT advocacy organizations–such as OutFront Minnesota, the MN AIDS Project, Twin Cities Pride, and the Human Rights Campaign–as potential fundraising items to help continue the fight for GLBT equality both  locally and nationally.

This project was featured in the Fall 2013 issue of the  Mid America Print Council Journal.