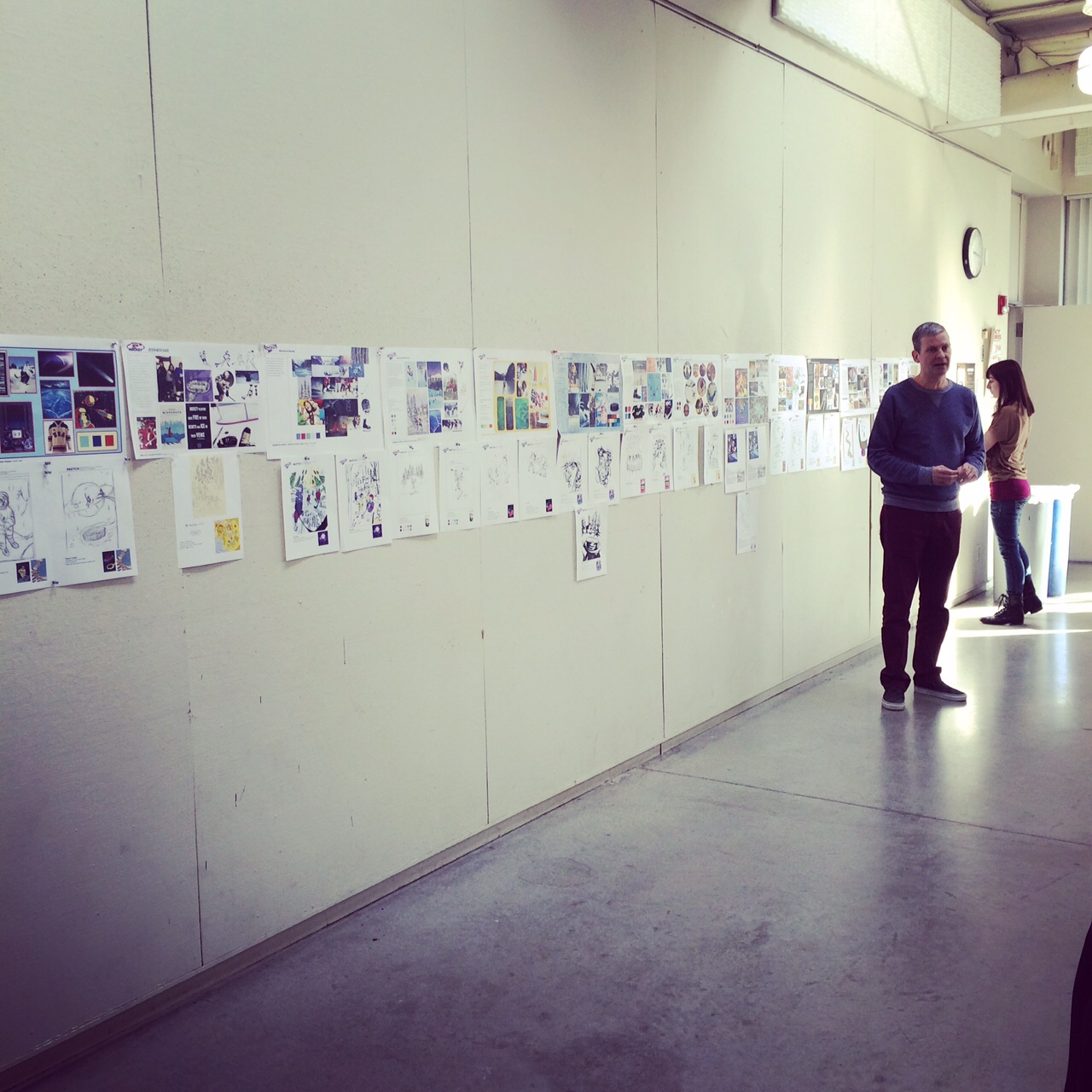 Mood board and sketches 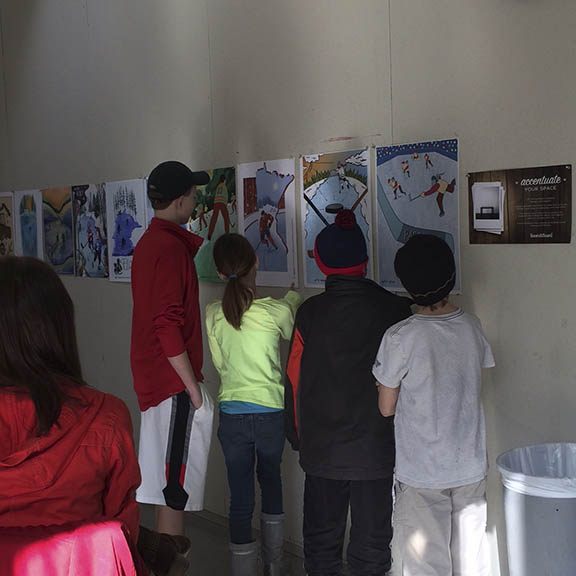 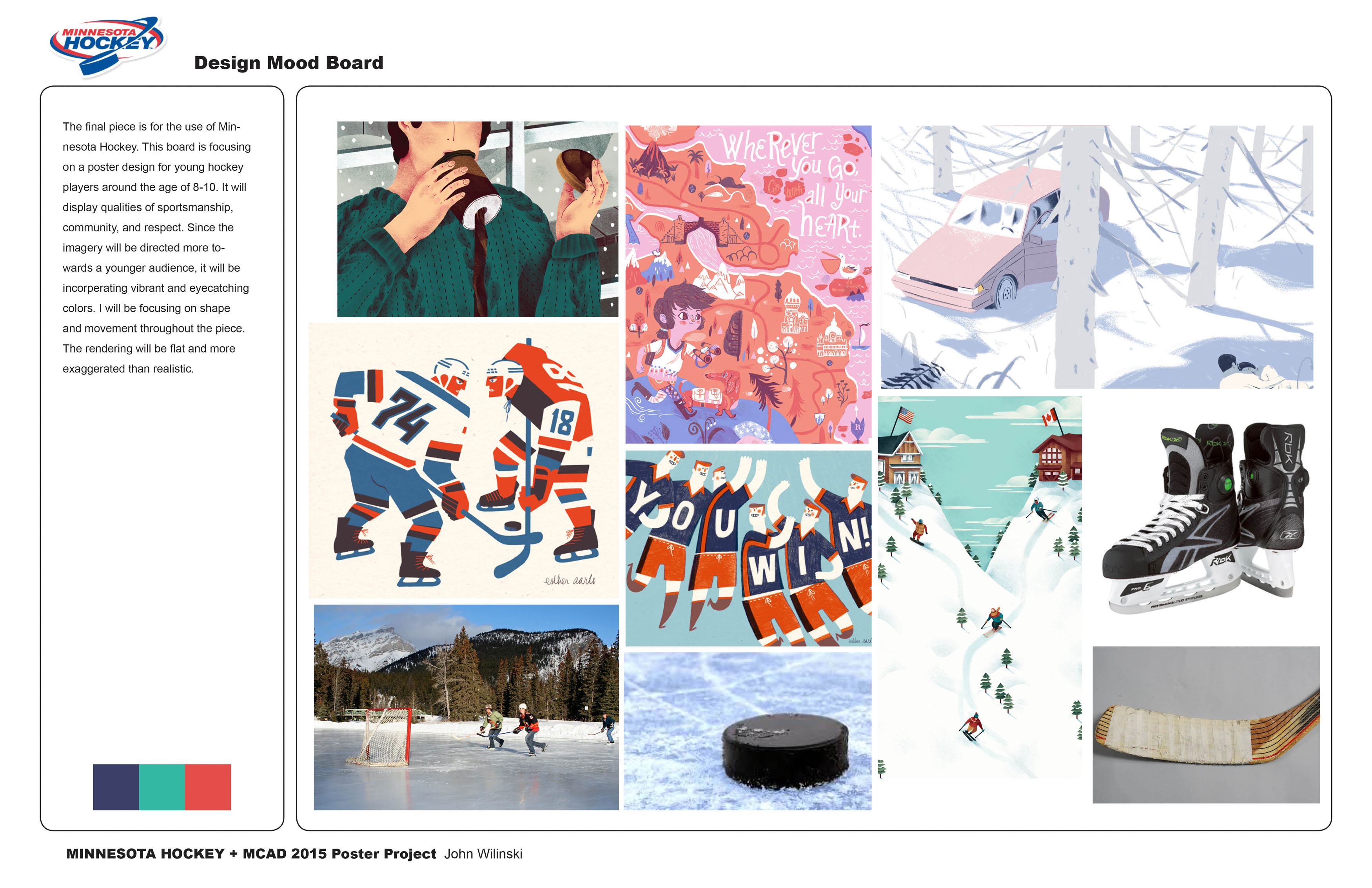 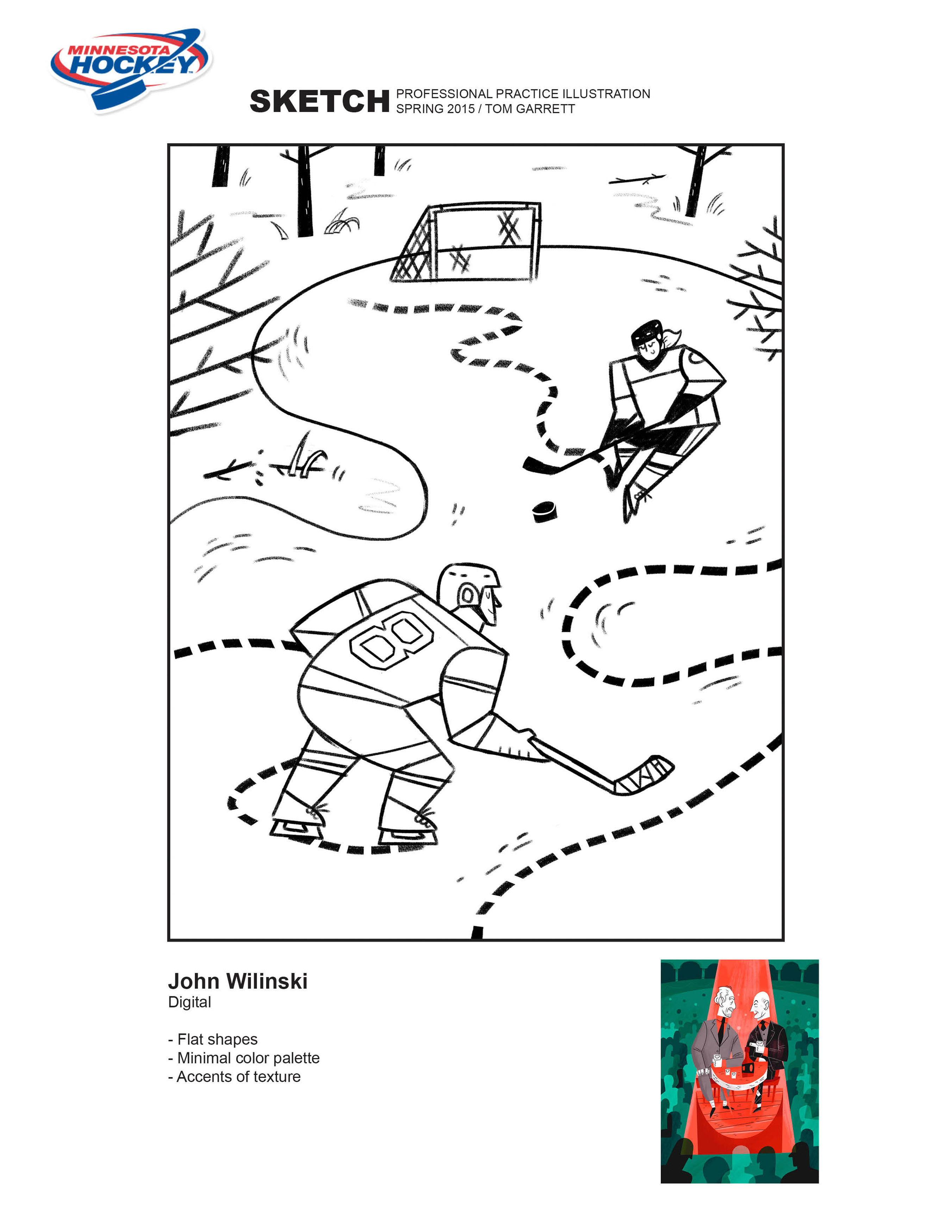 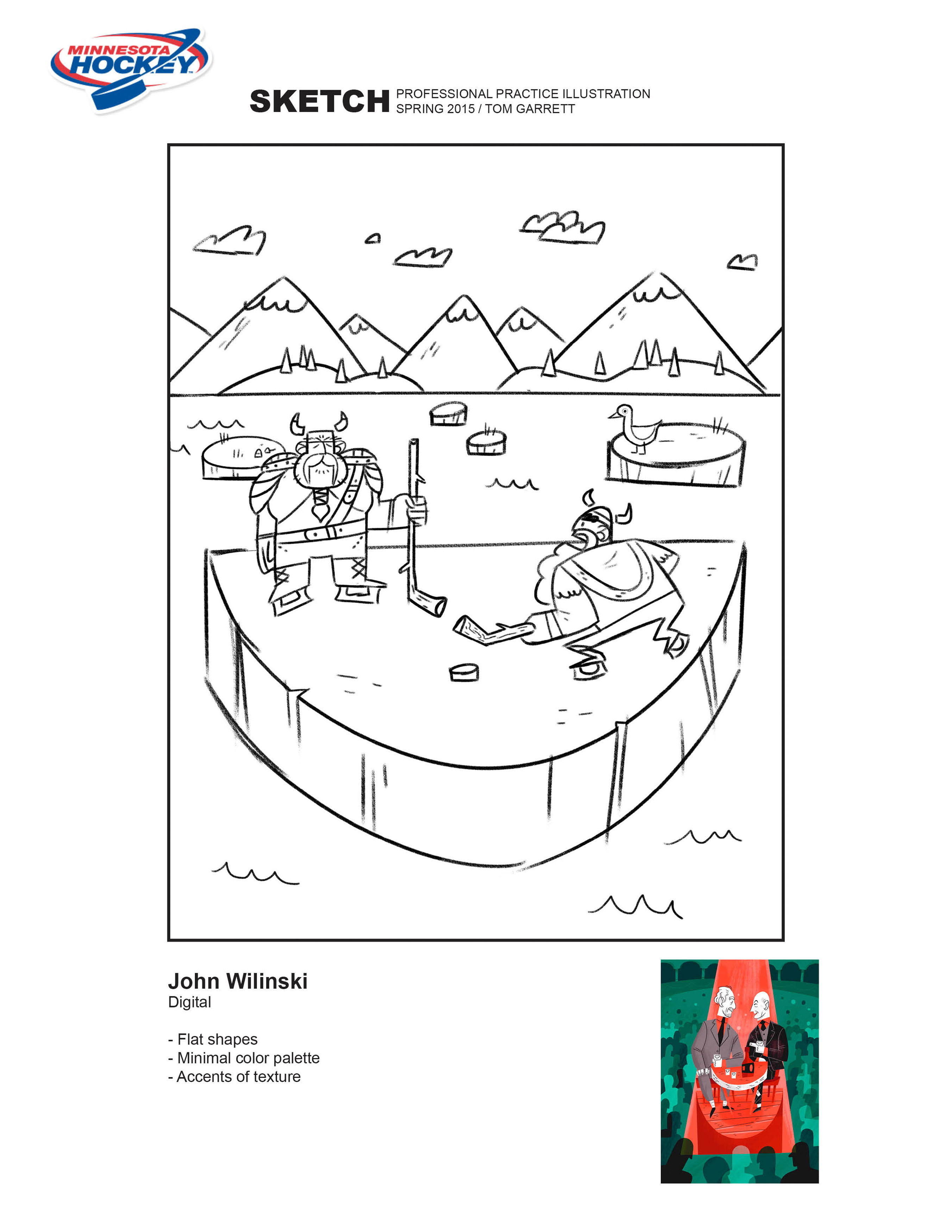 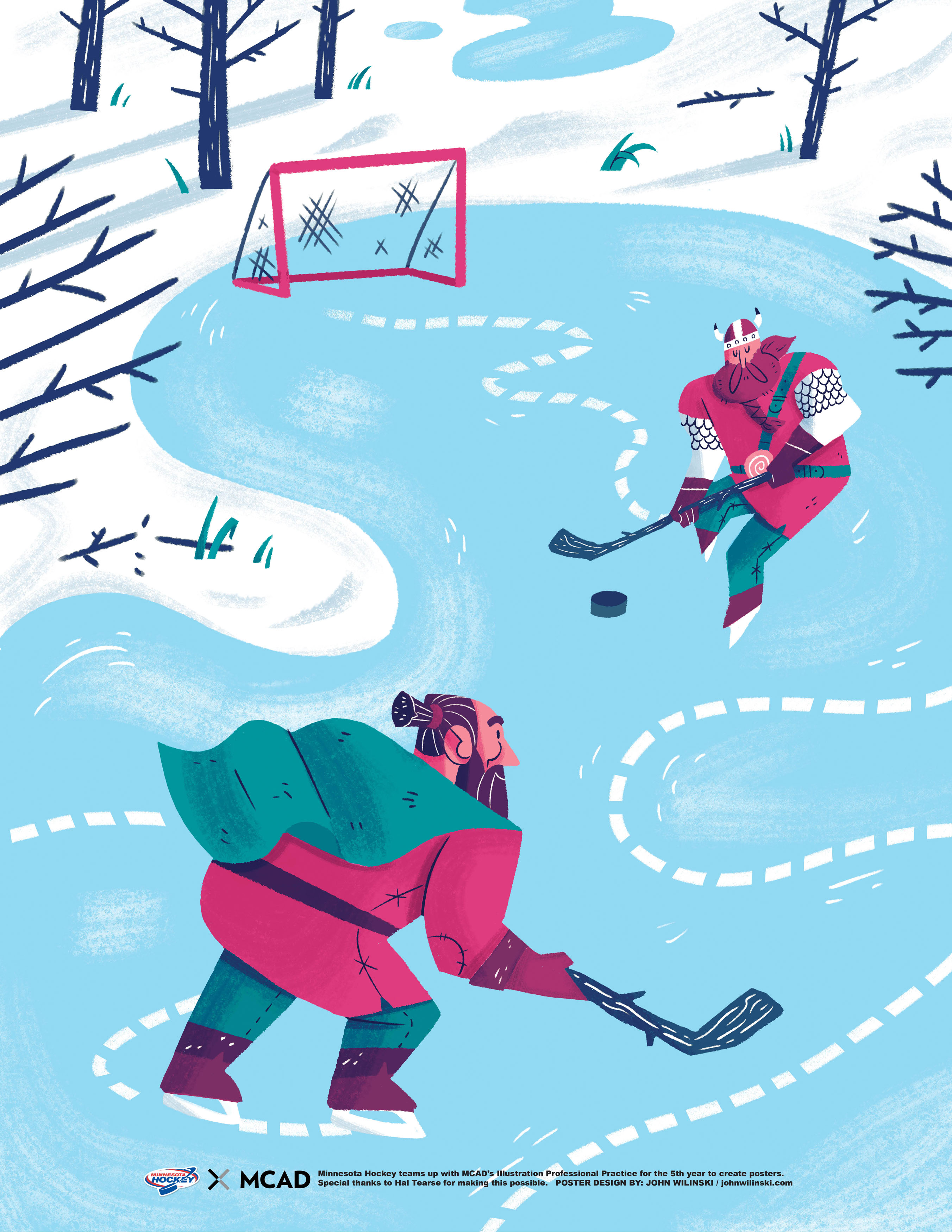 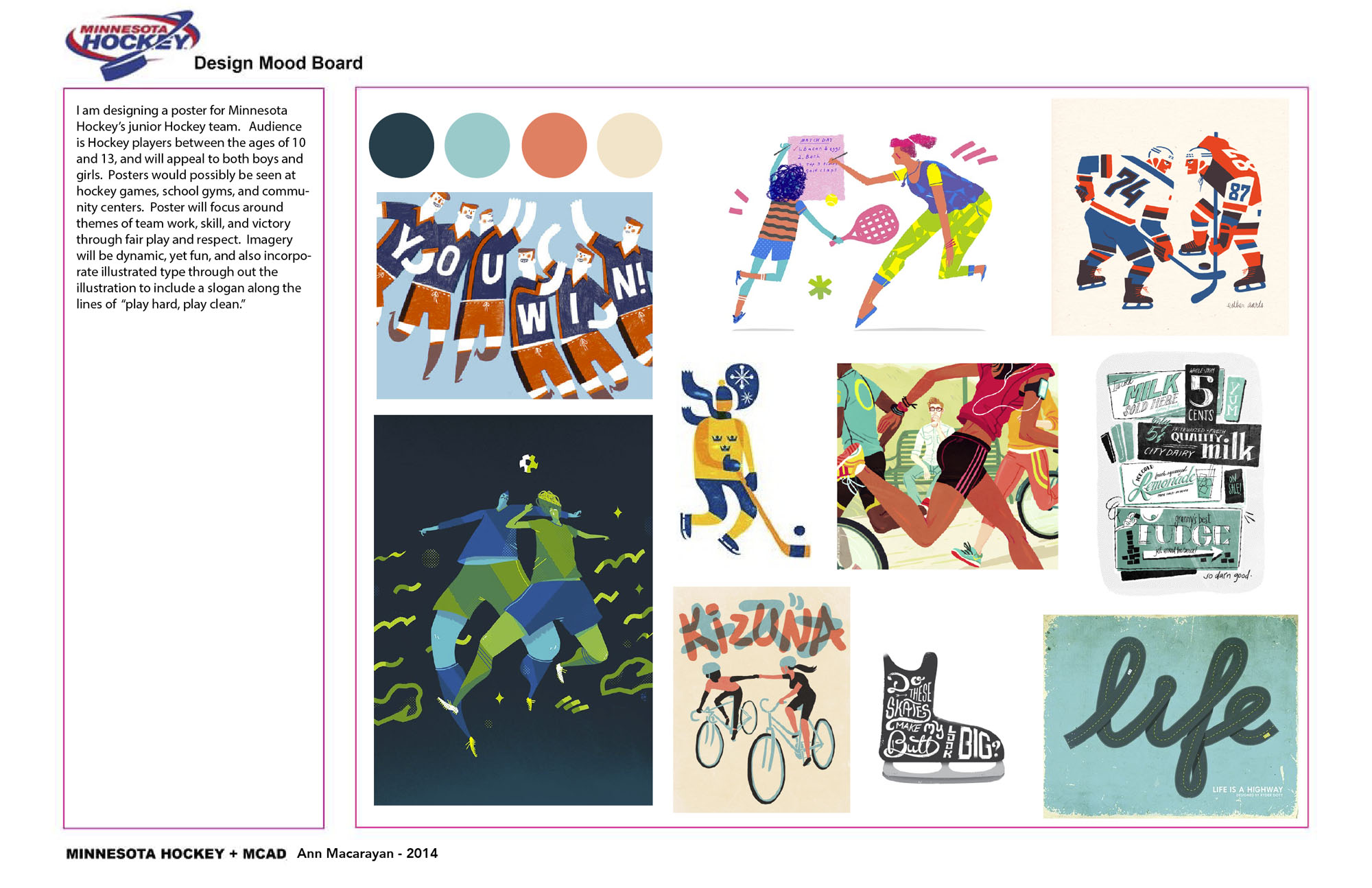 Trend board developed by Ann Macarayan. 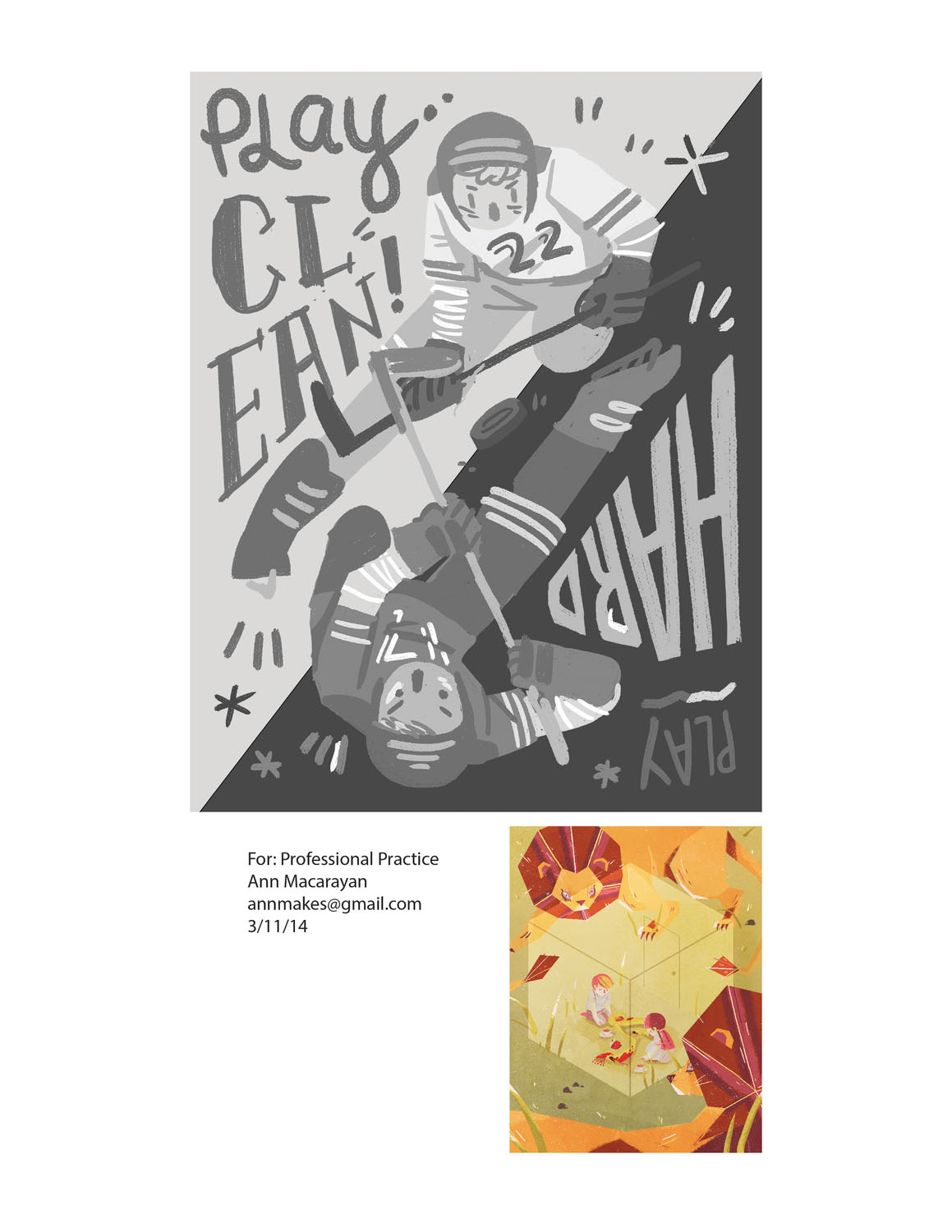 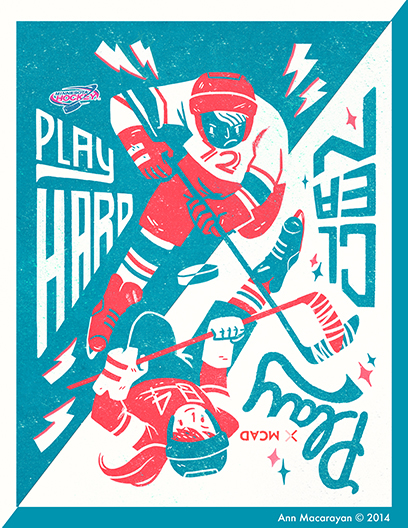 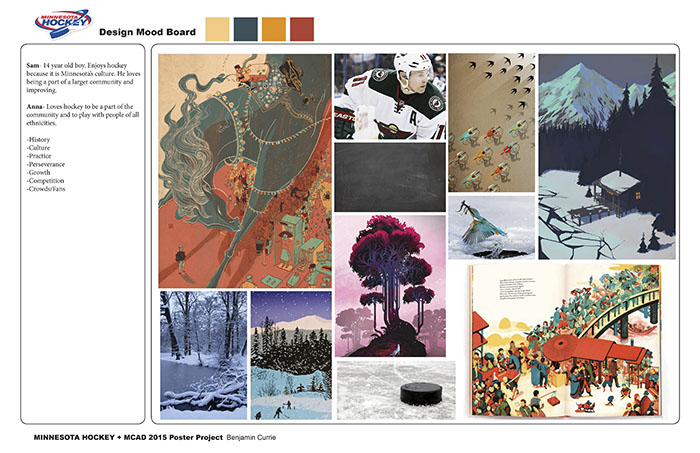 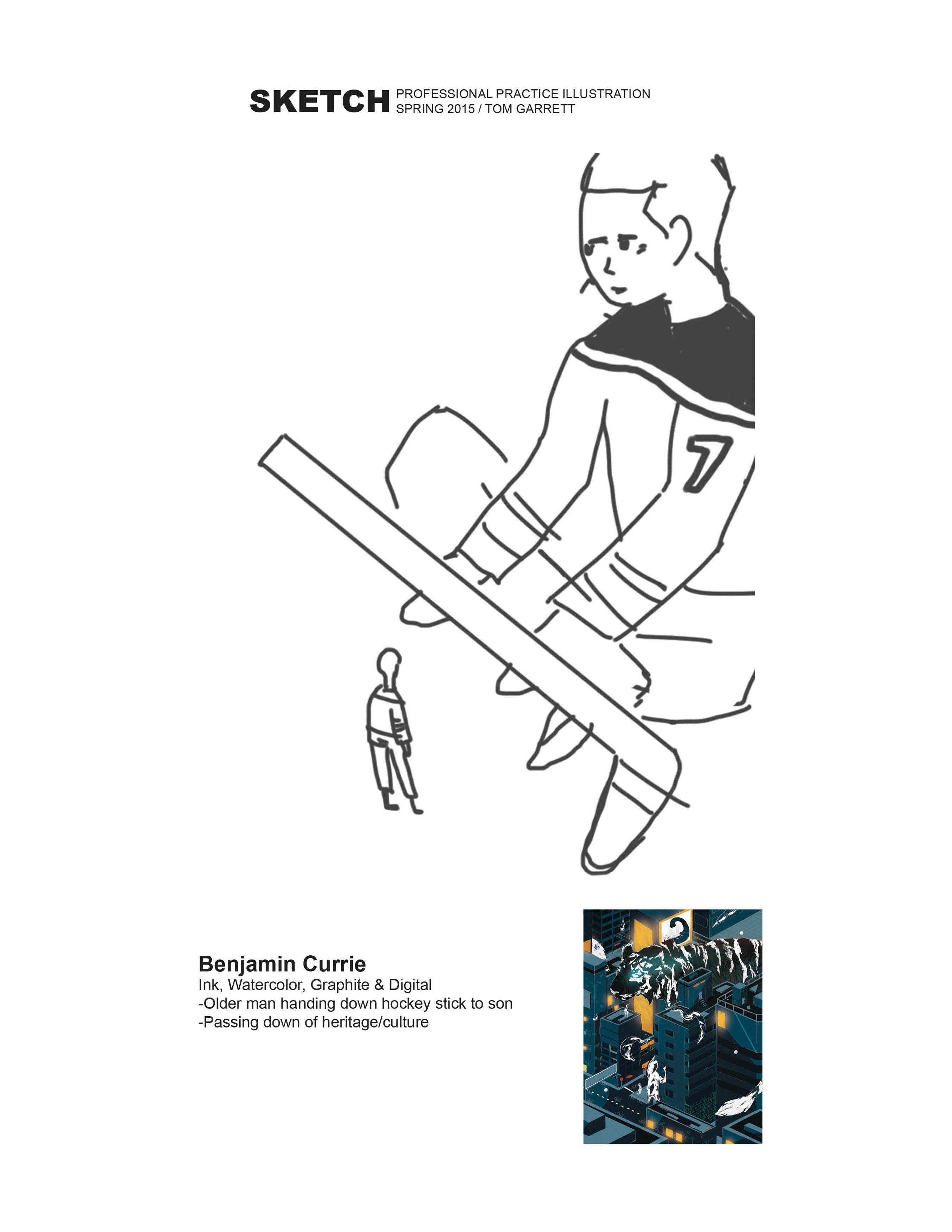 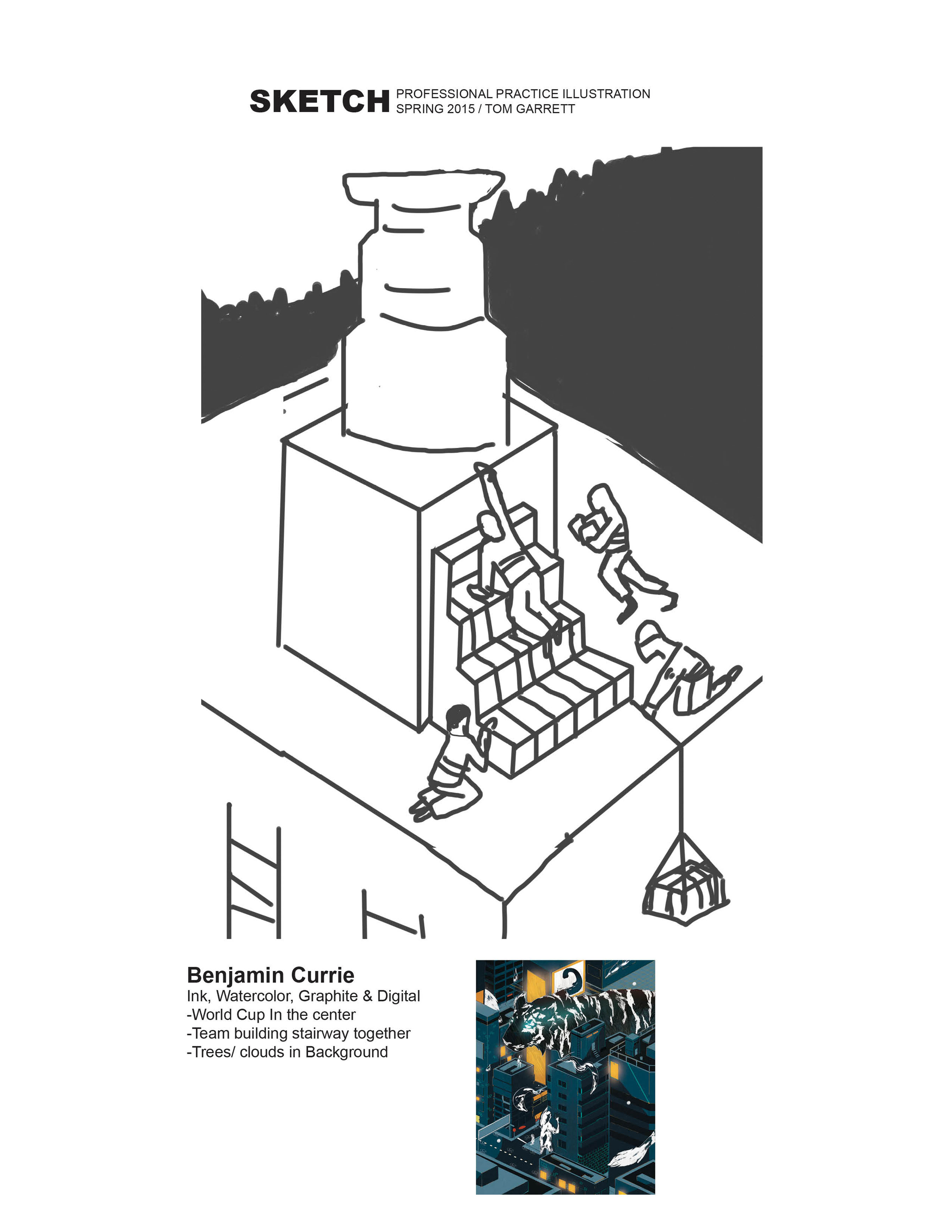 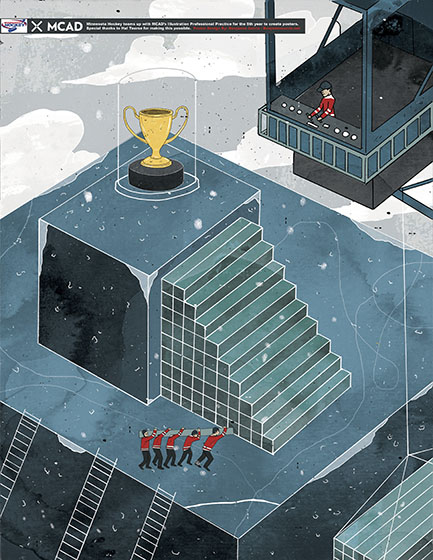 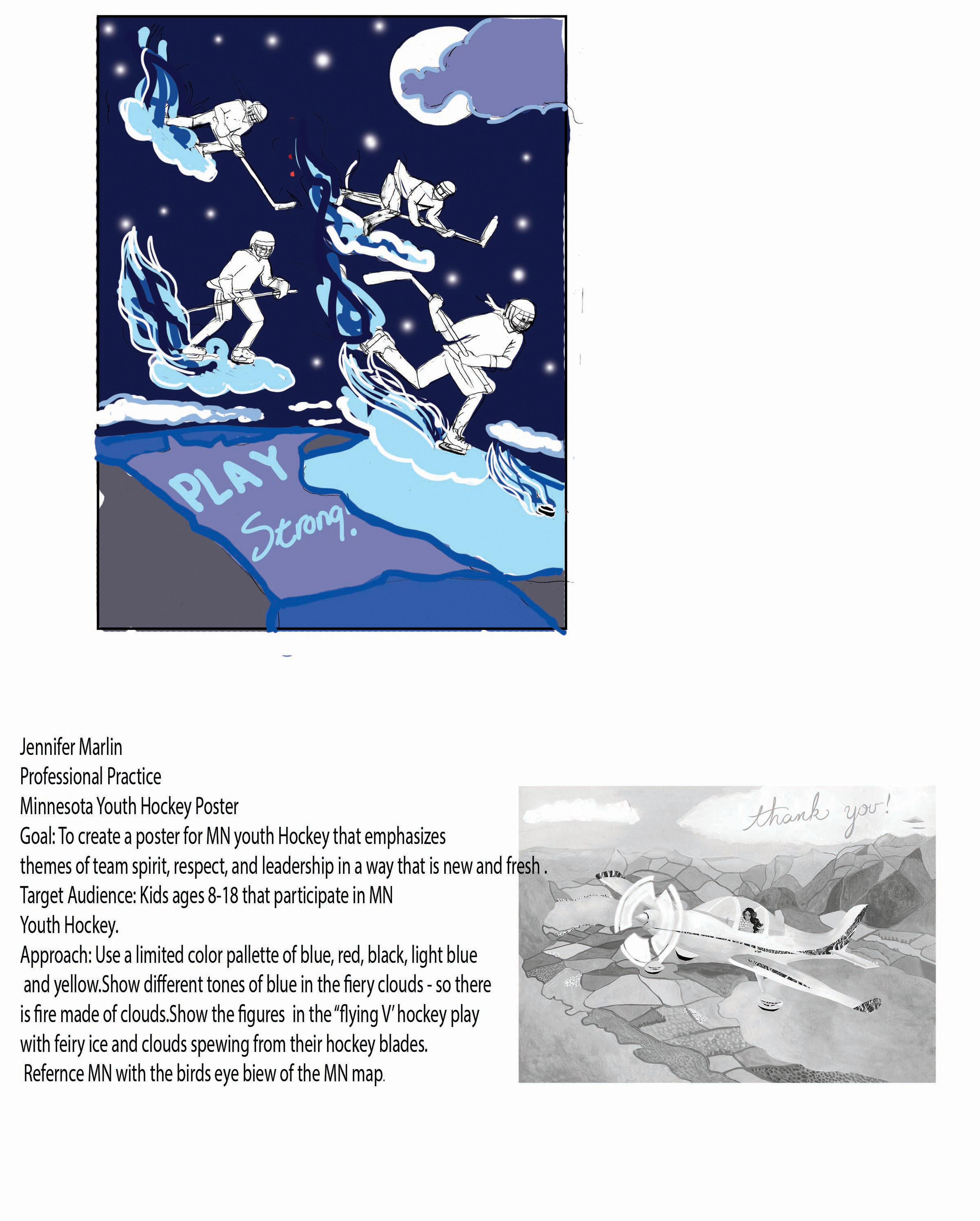 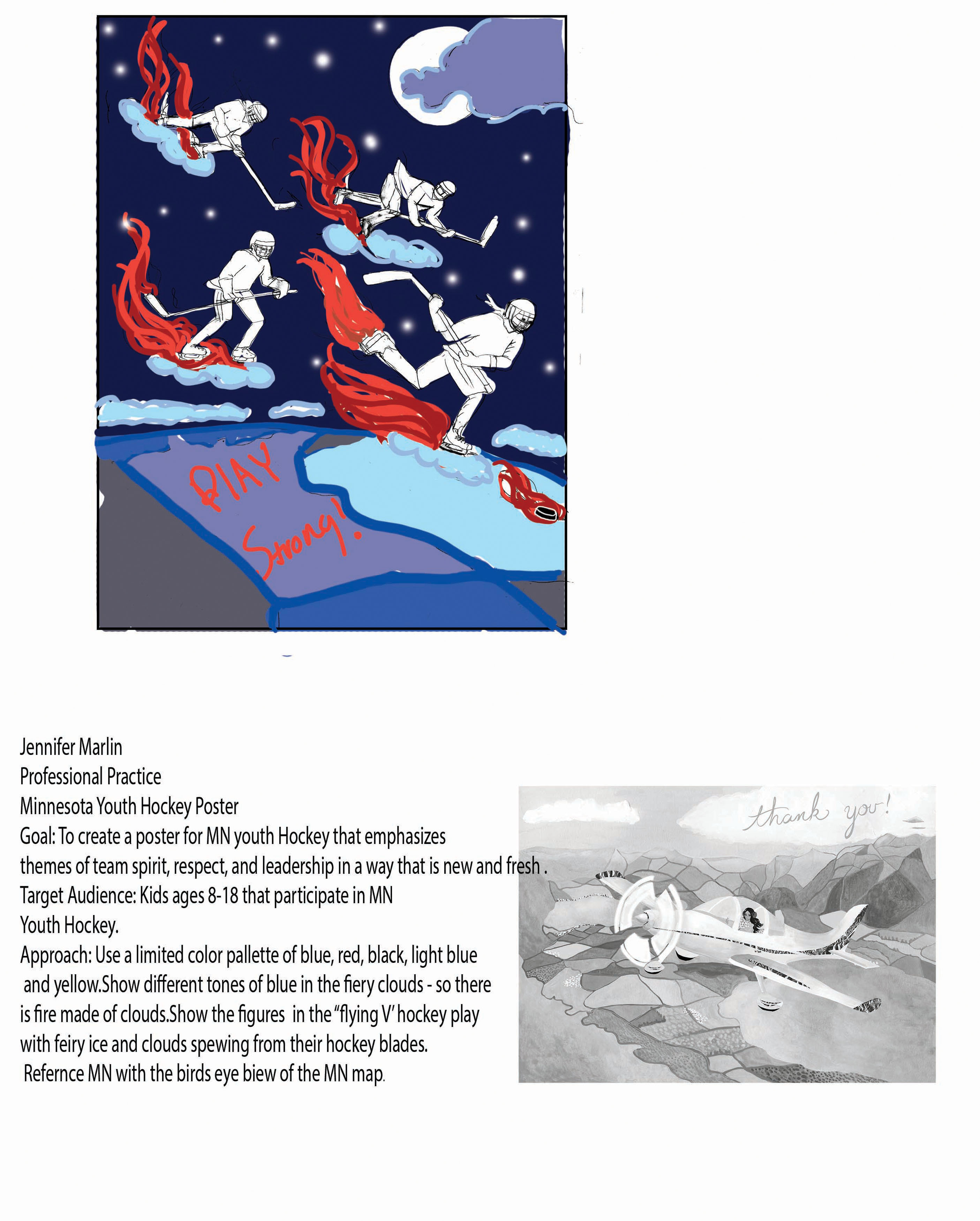 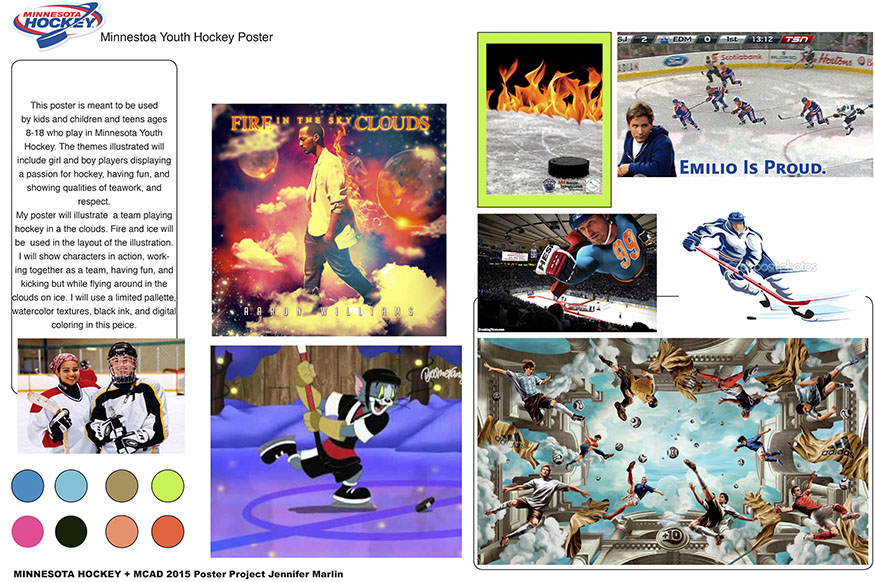 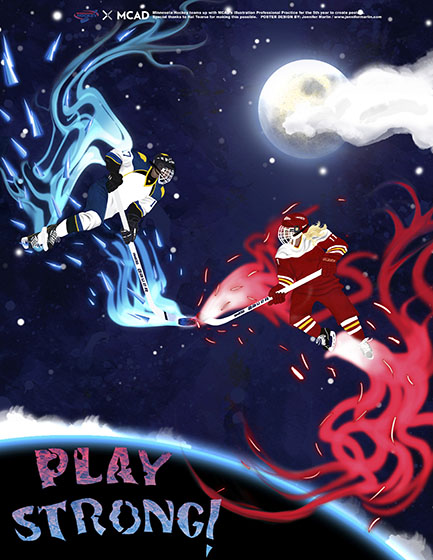 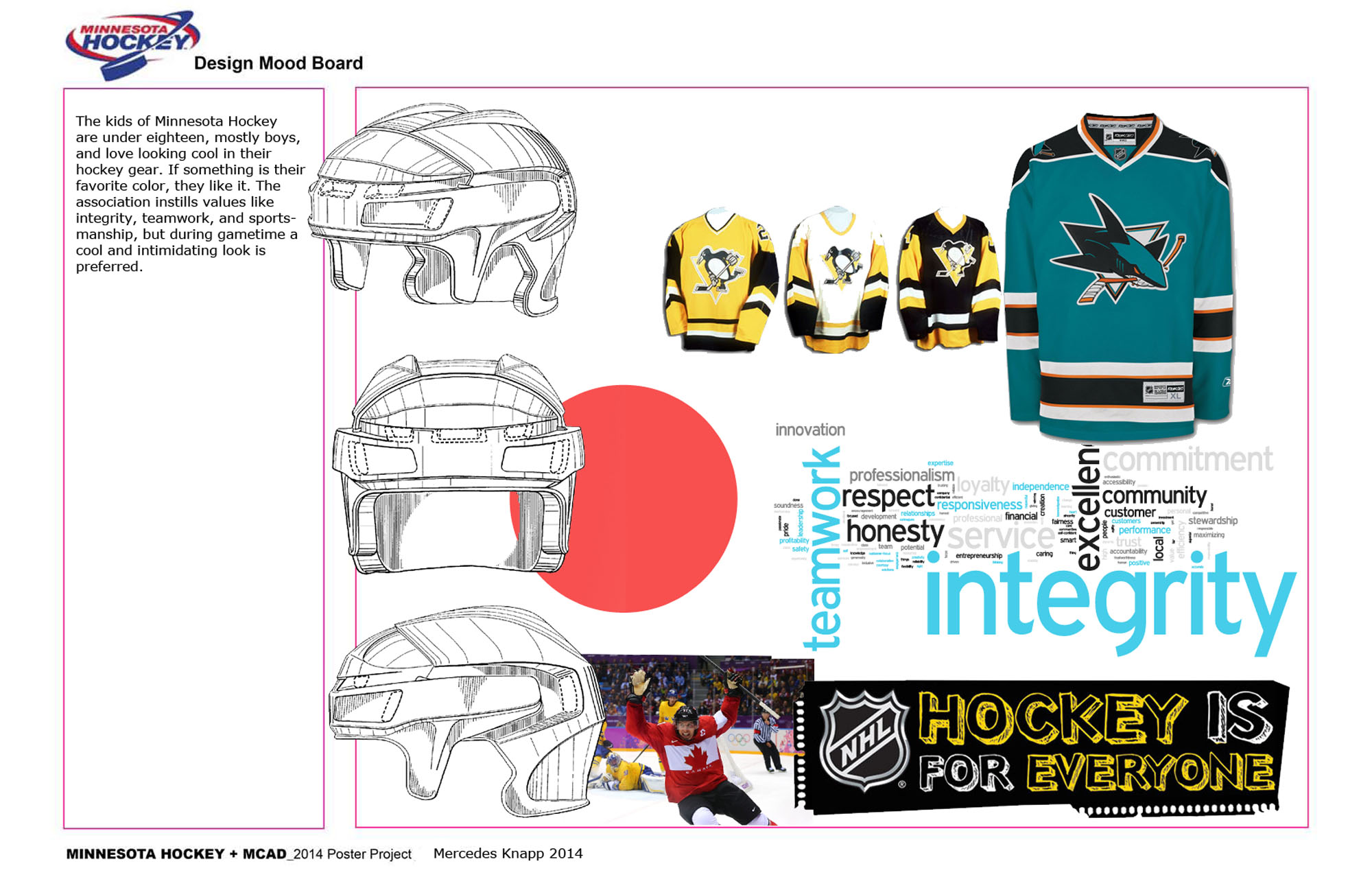 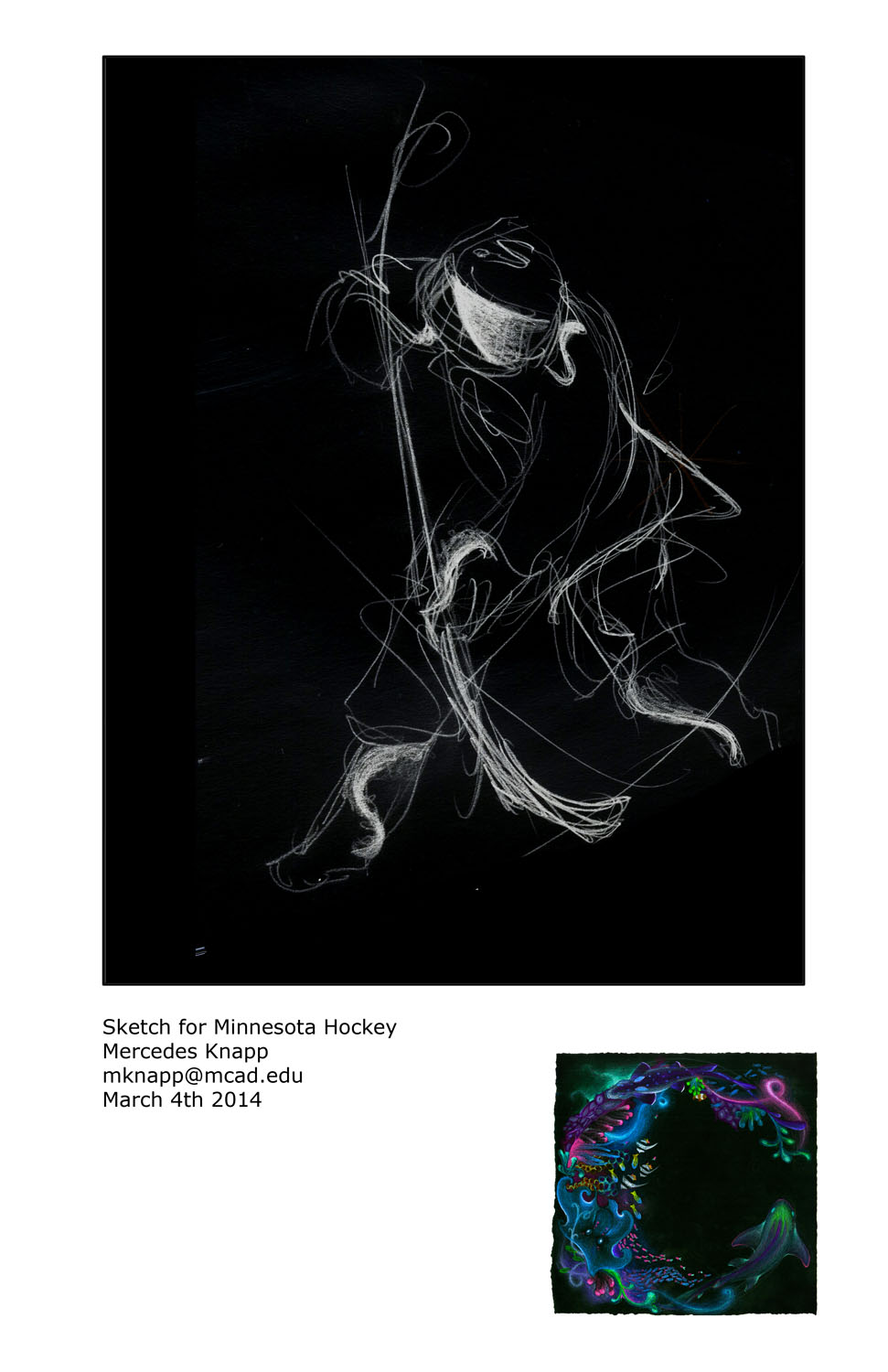 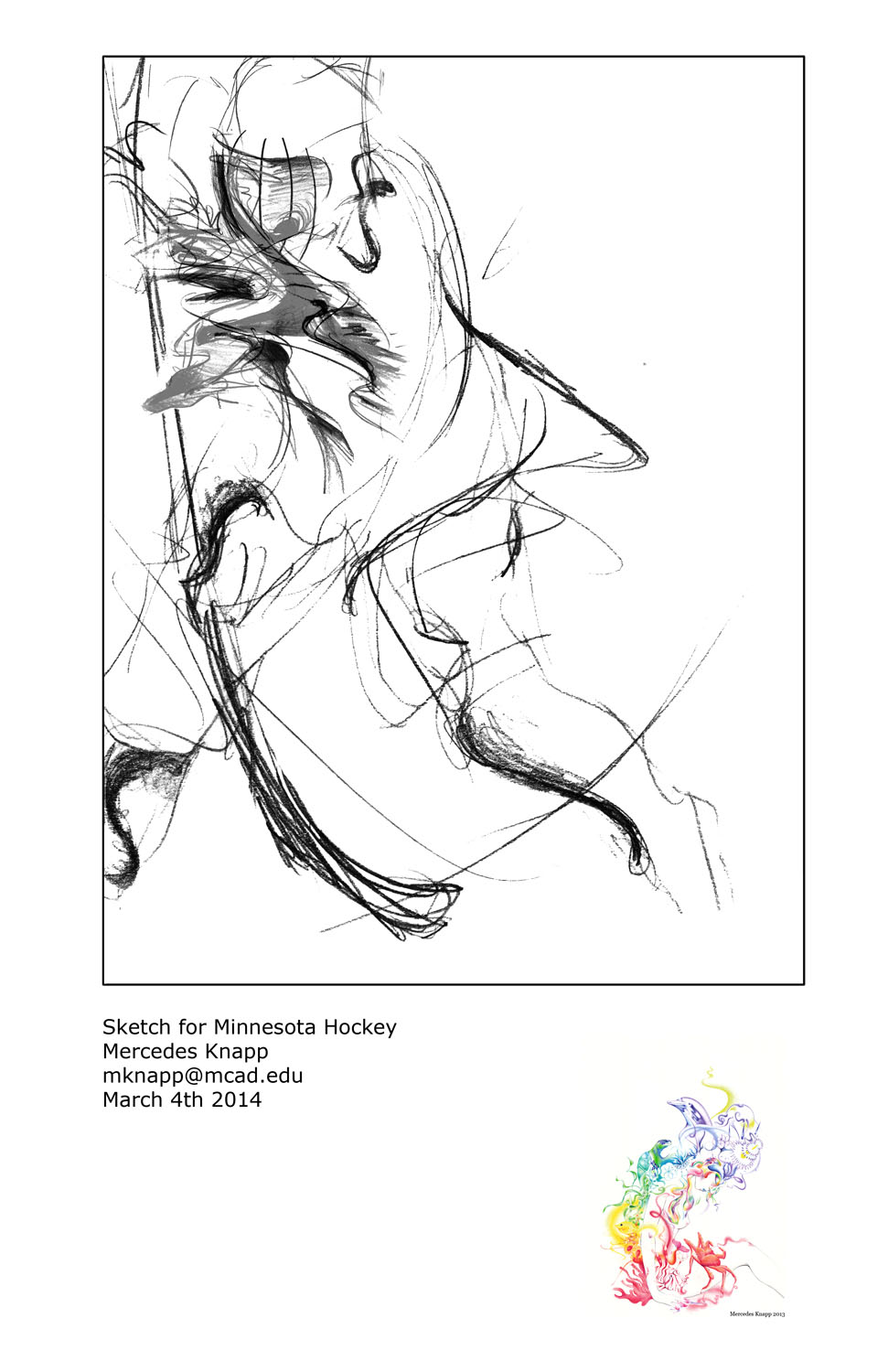 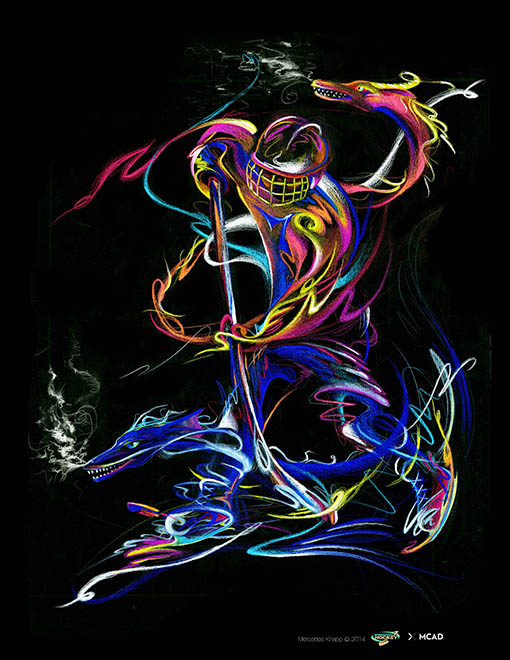 With more than 25 years experience as a freelance illustrator in addition to his work at MCAD, professor Tom Garrett knows first-hand the importance of being able to build relationships with clients and translate their ideas into well-designed deliverables. Garrett consciously works to incorporate professional development into his illustration classes in order to teach students not only the theory of their craft, but also how to practice it in real life following graduation.

Given Garrett’s dedication to providing experiential learning opportunities in the classroom, he is continually looking for people and organizations that could serve as potential clients for class-based projects. When his path crossed with businessman Hal Tearse in 2011, he sensed the opportunity for collaboration. Tearse formerly served on the board of Minnesota Hockey, the statewide governing body of amateur hockey in the state, and is still active with the organization. Tearse wondered if Garrett’s students would be interested in developing promotional posters for the organization. Garrett readily agreed, and for the past five years, his students have worked with Minnesota Hockey each spring to develop posters promoting the sport.

In the early years of the project, MCAD students presented their concepts to Tearse and members of the Minnesota Hockey board. In recent years, the project has pivoted from students working with members of Minnesota Hockey to directly engaging with middle-school-aged hockey players. “One of the great things about working with Minnesota Hockey is that adolescent hockey players are a group that many illustration students are not very familiar with,” Garrett said. “This means that they must do their research to understand what the players love about their sport and how to clearly communicate those ideas in a visual medium.”

Rather than providing an extensive project brief, Garrett gives the students basic guidelines and then encourages them to ask questions of the hockey players themselves. Students use this dialogue as a way of organically determining the creative objectives and parameters for the project. The hockey players, in turn, critique the concept sketches produced by the students, provide feedback, and ultimately choose which posters they feel best express the excitement and appeal of their sport. Scott Gray, Minnesota Hockey’s Vice President of Communications and Marketing, notes that he looks forward to seeing the work product of the classes each year. “It’s particularly interesting because so many of the students are not familiar with the sport. Their concepts are fascinating, especially in how they incorporate the students’ backgrounds and perspectives.”

By the end of the project, students have not only developed a fleshed-out illustration, but also have created research boards, concept sketches, and multiple drafts. These kinds of assets can all be incorporated into a professional portfolio to help students explain their creative process and problem-solving skills to potential future employers. “Art and design schools must not only prepare students for a career, but also empower the graduate to be flexible in a changing market,” Garrett notes. “Client-based projects such as the one MCAD has with Minnesota Hockey teach students to combine their visual communication skills with a disciplined work process. These kinds of experiences help the students develop the skills they need to promote themselves and work as professional illustrators.”