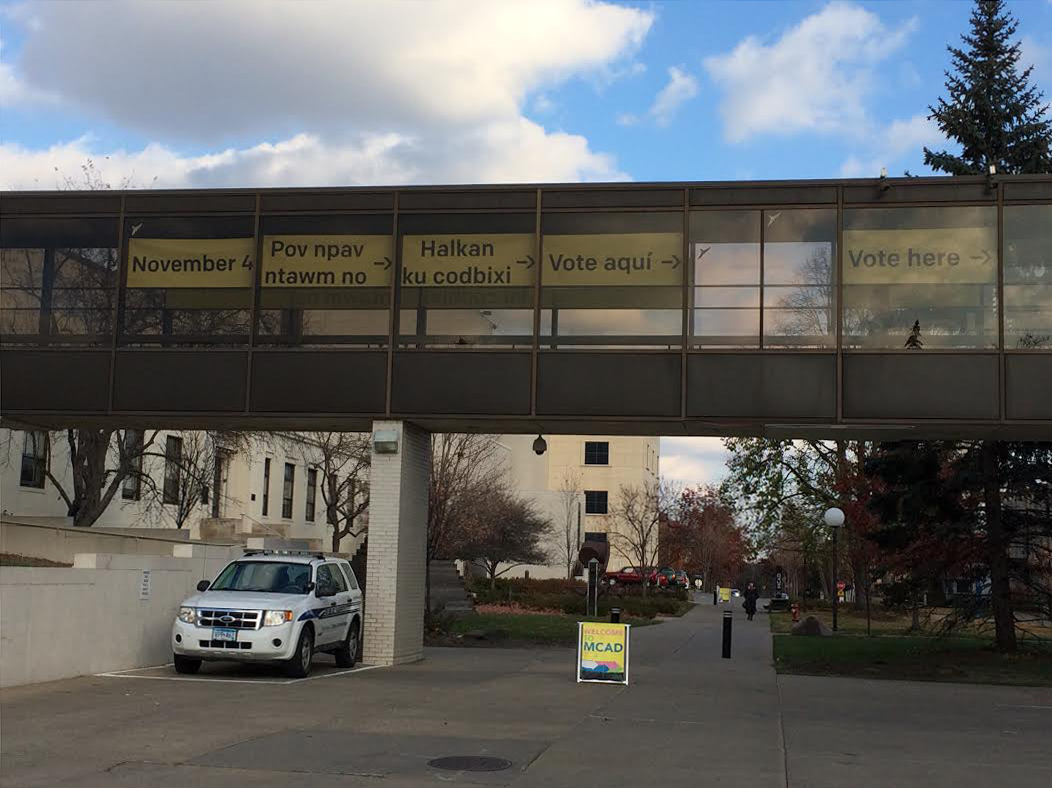 Multi-lingual directional signage installed in the skyway outside the MCAD main building on Election Day 2014. 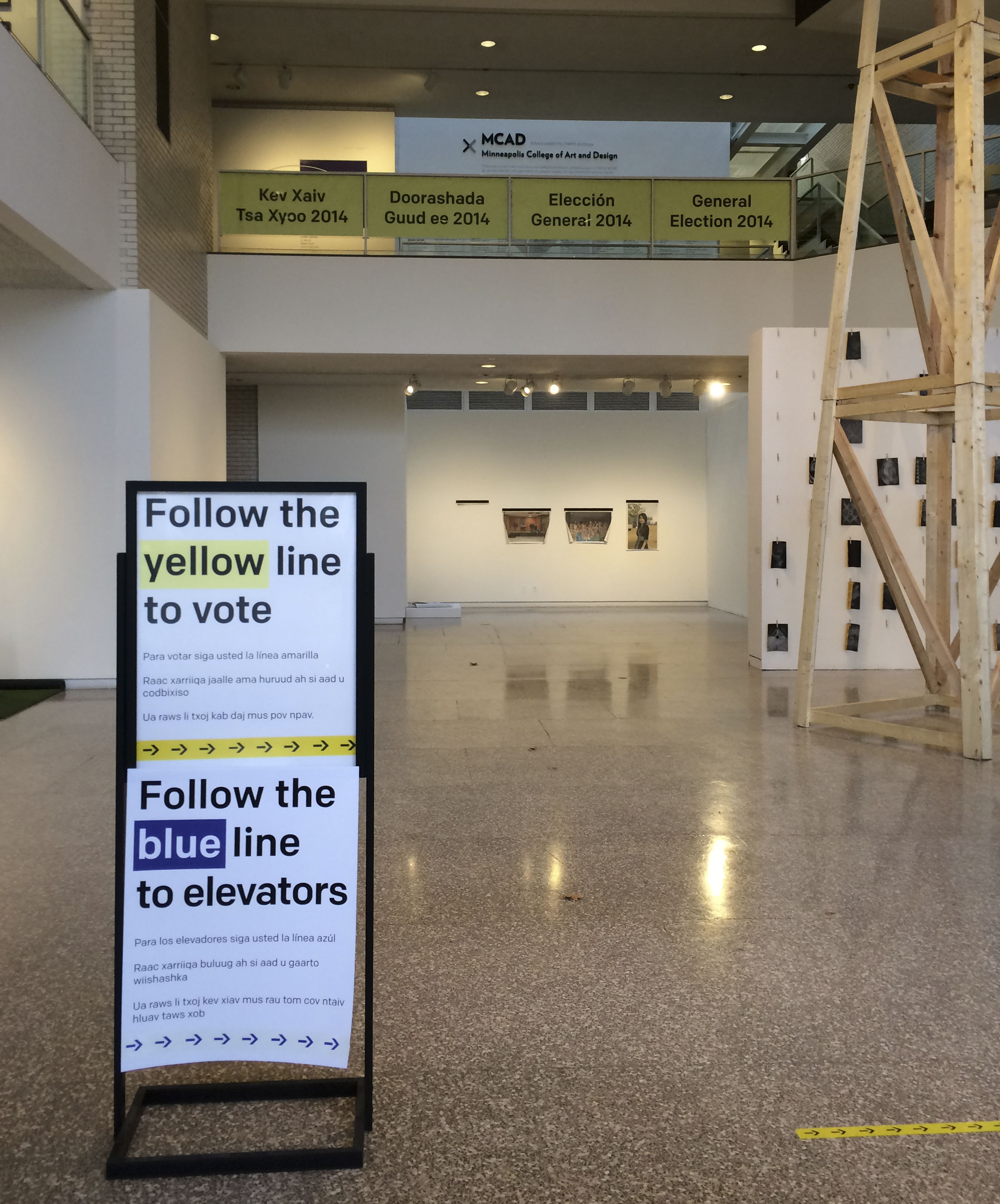 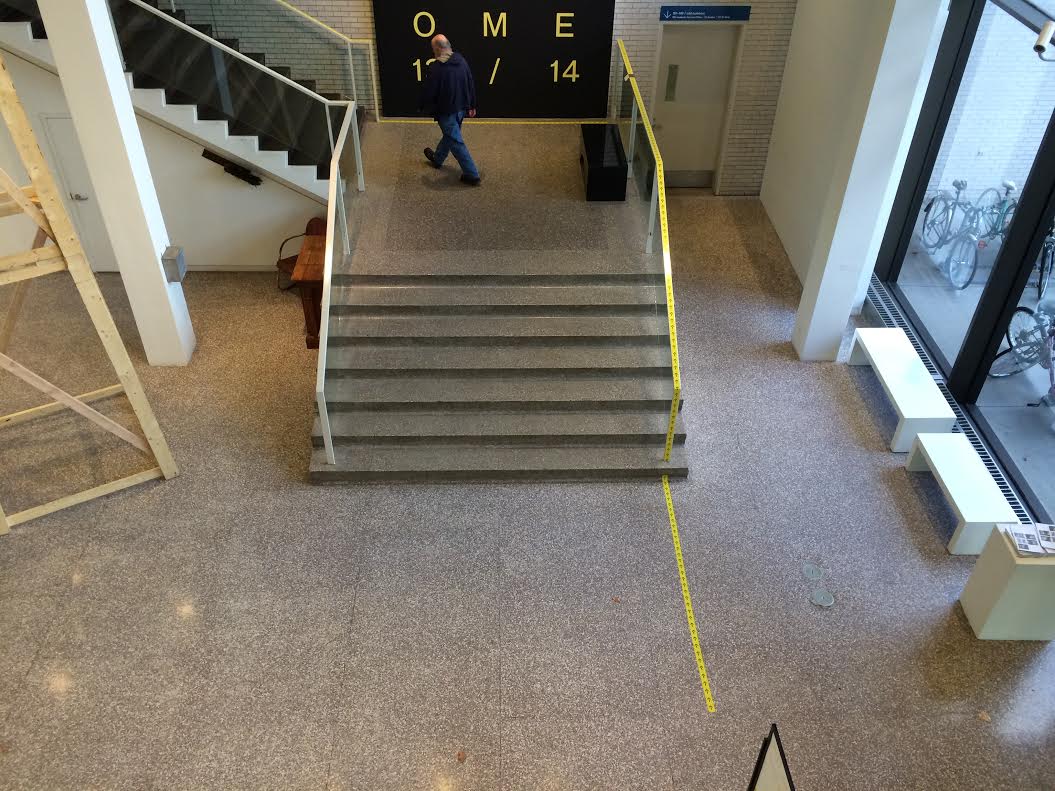 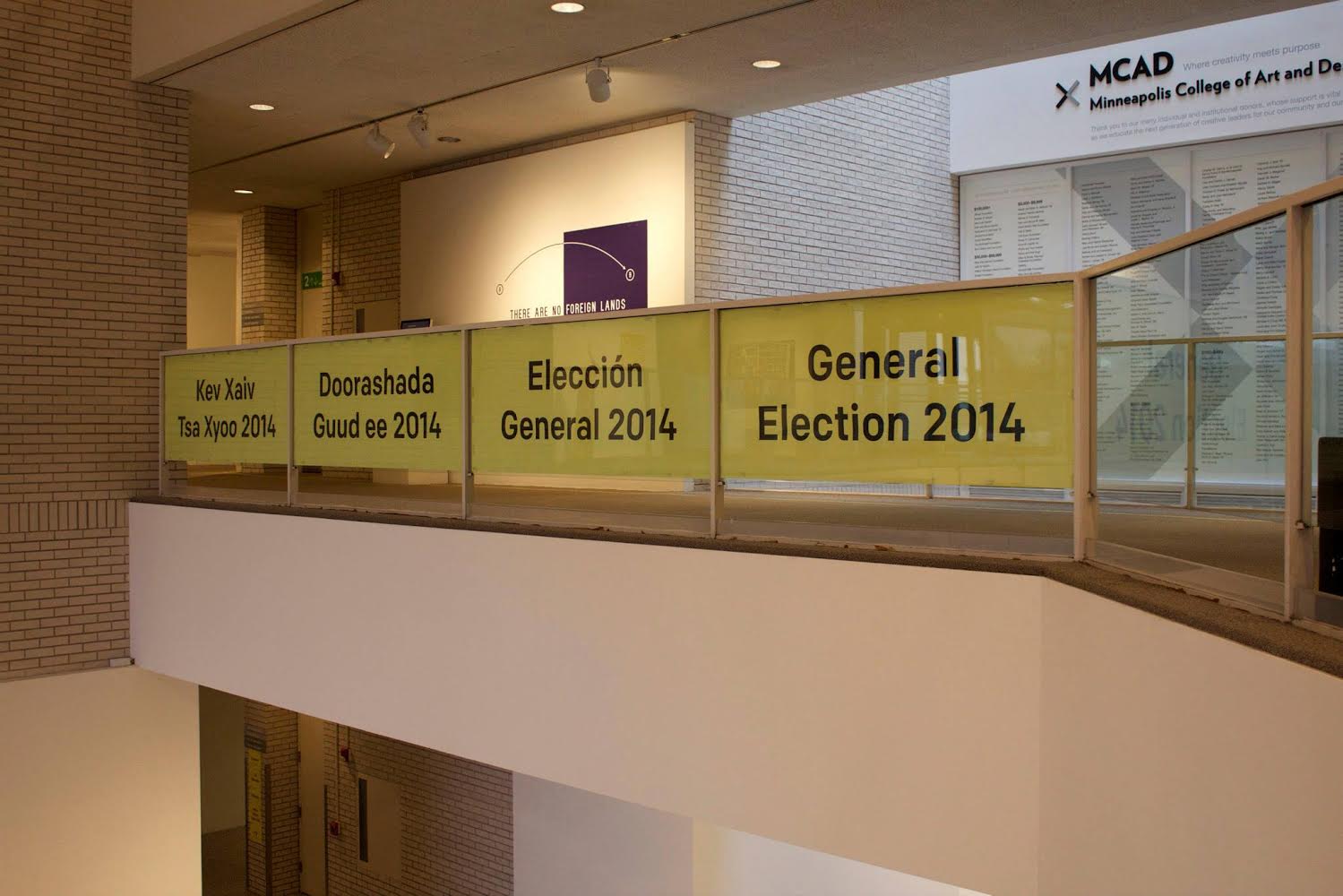 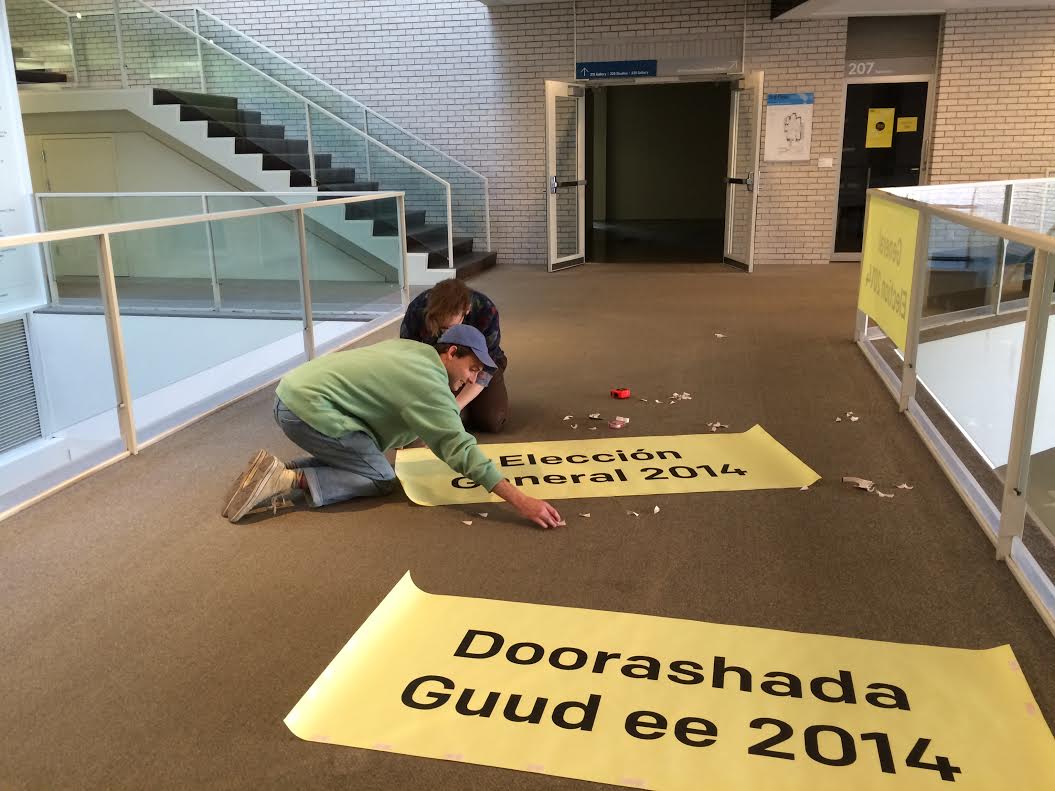 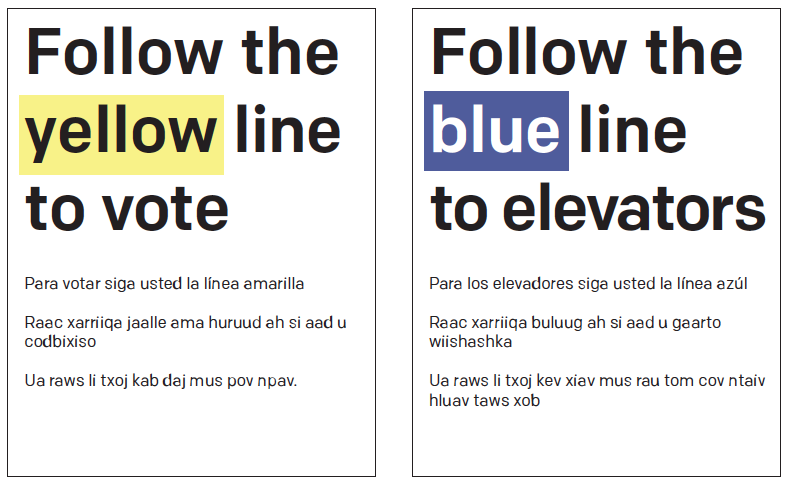 The design team developed a system the relied upon adhesive tape to direct voters to the polling place within the MCAD main building. 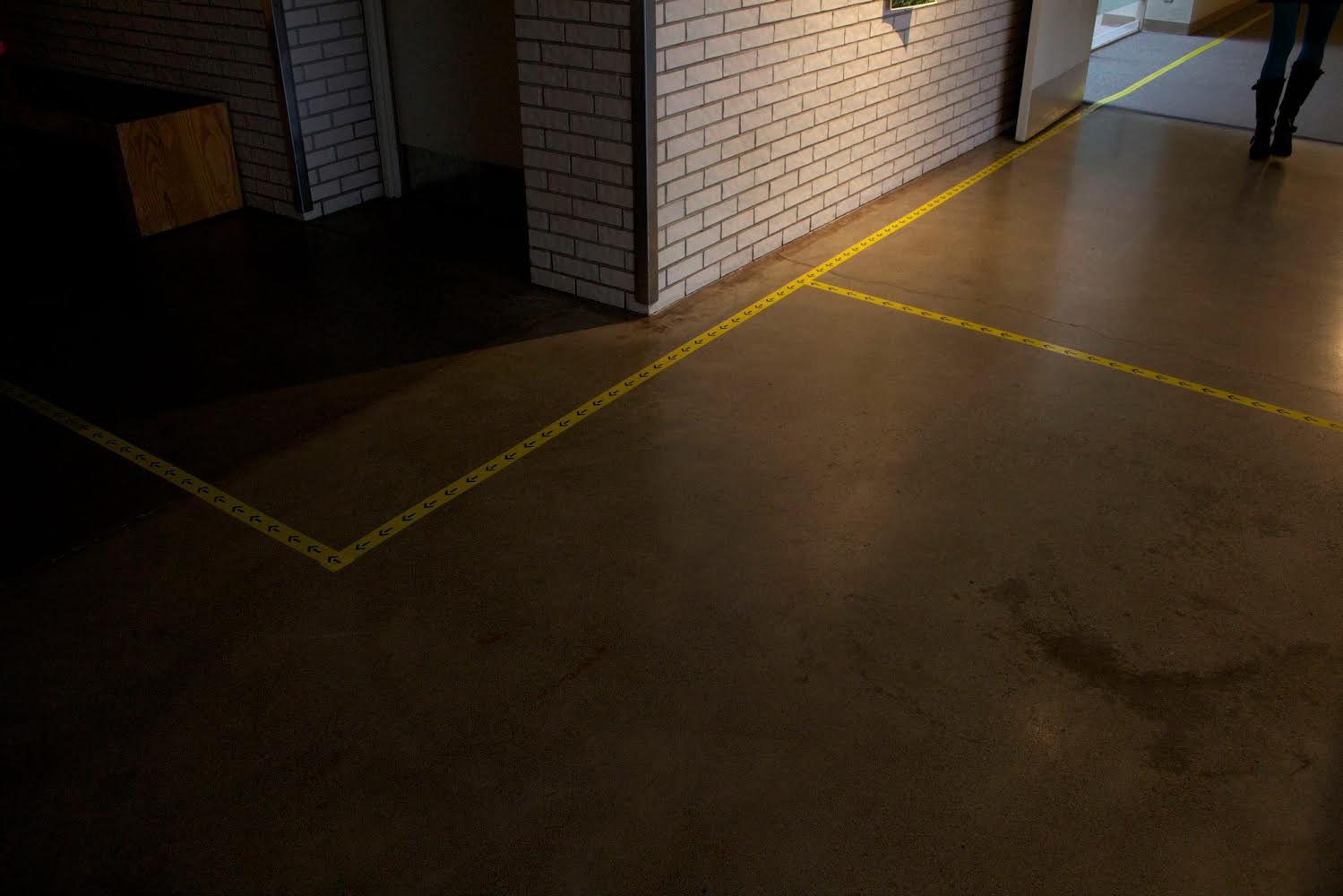 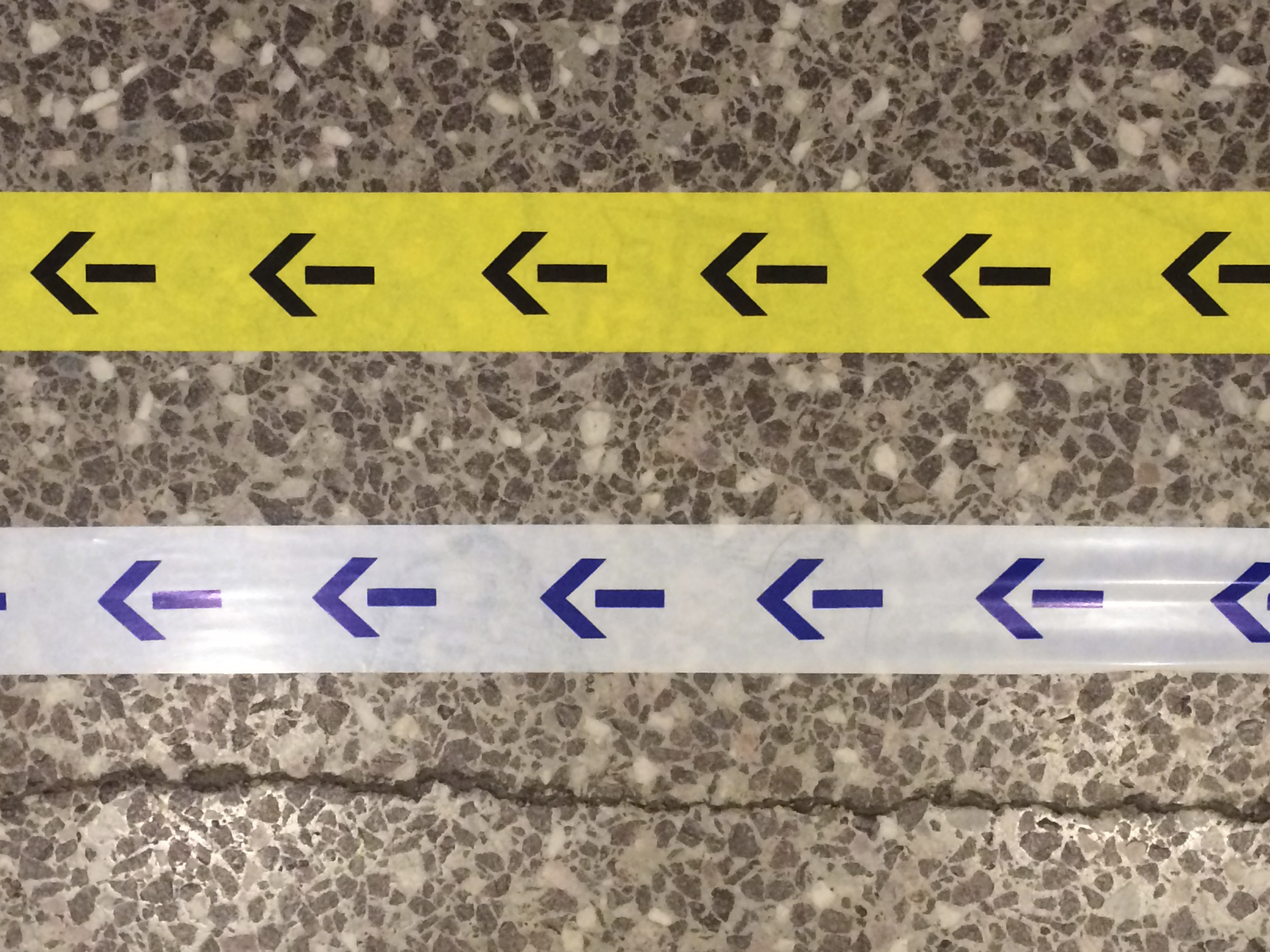 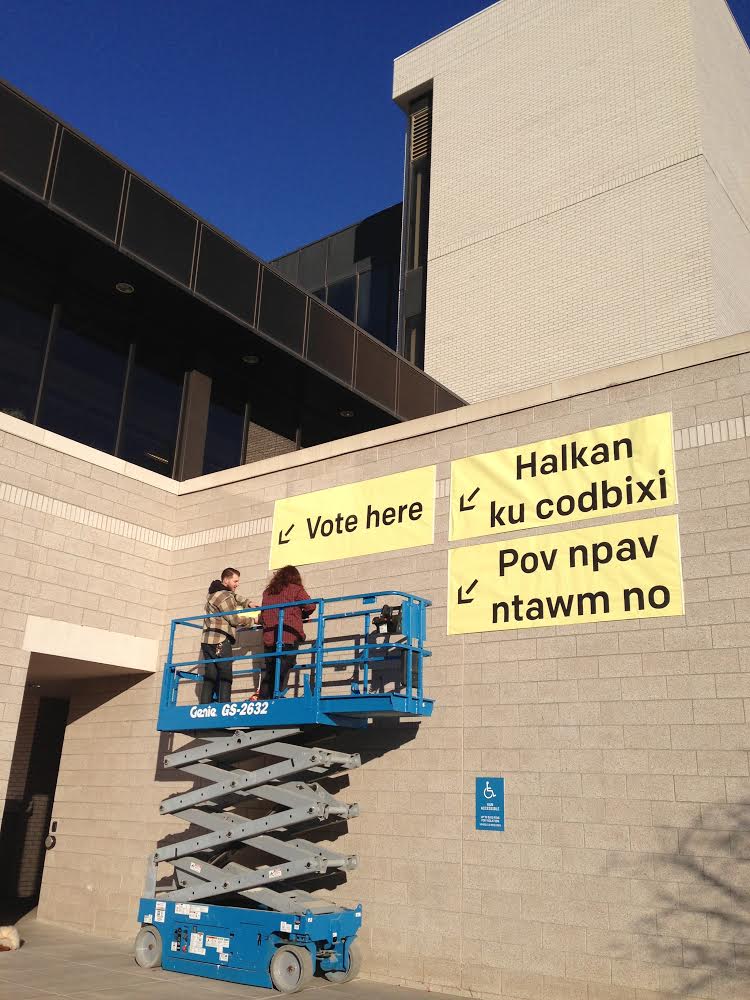 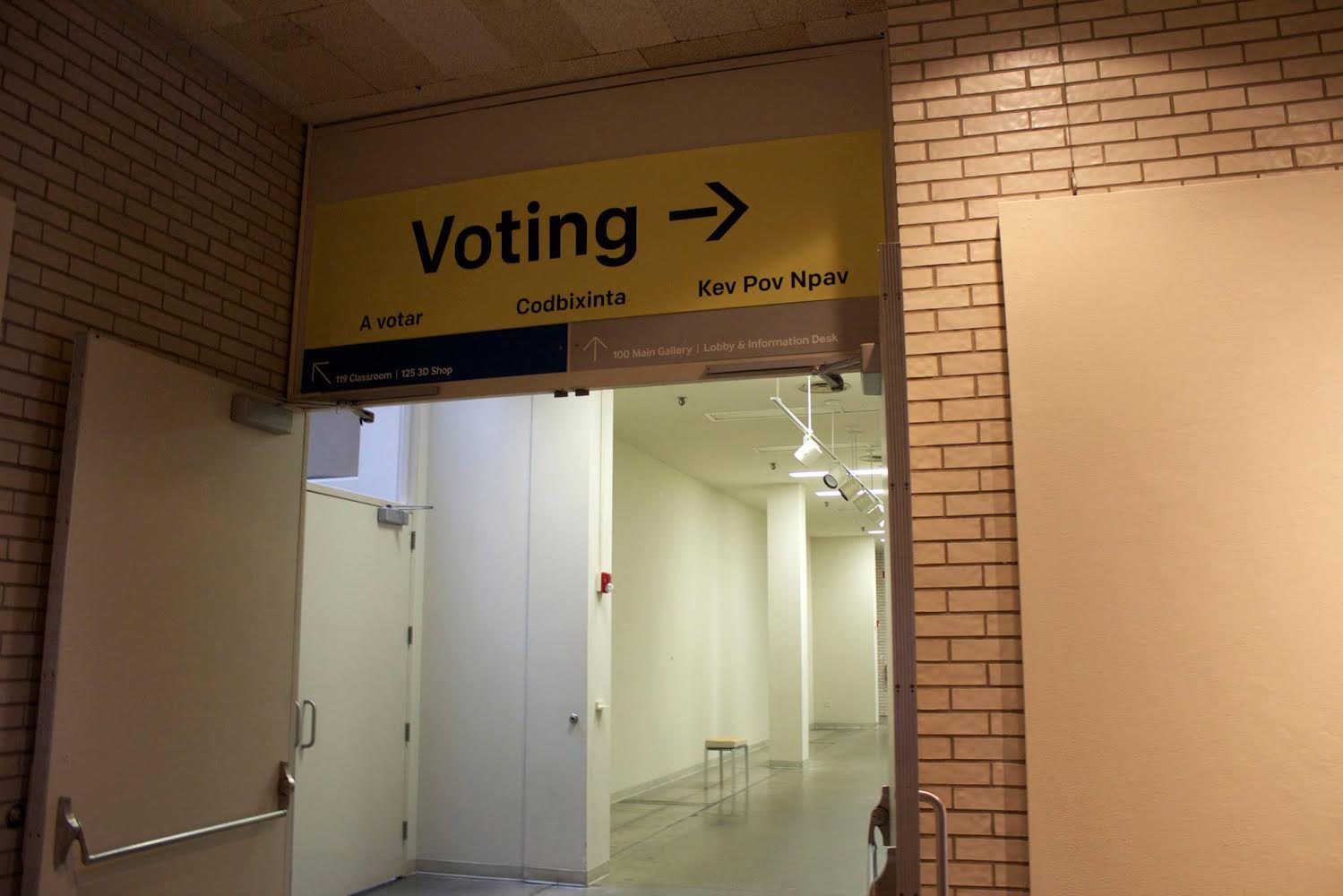 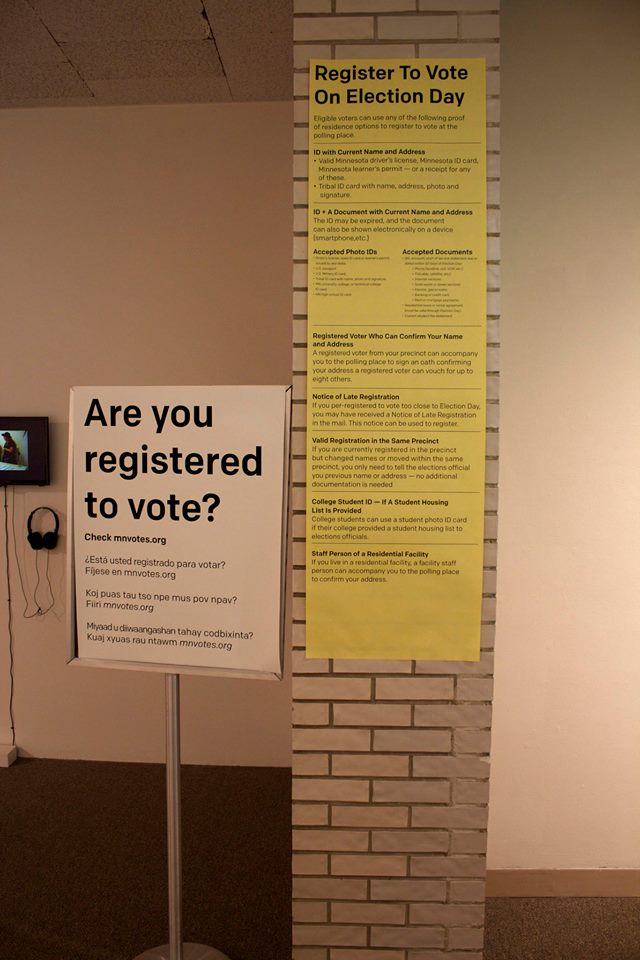 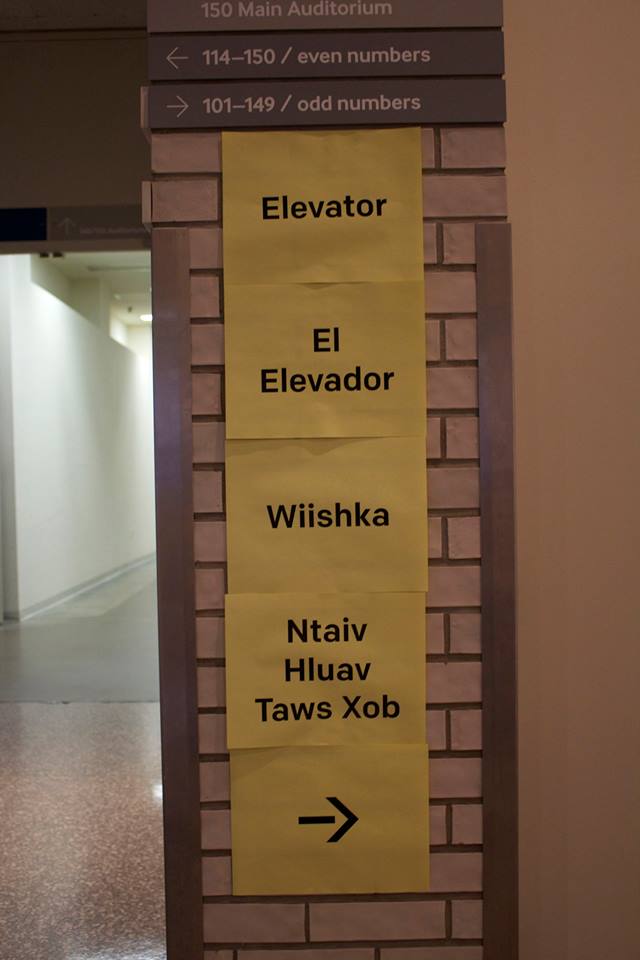 Minneapolis voters casting their ballots in Ward 10, Precinct 9 in the 2014 general election had the opportunity to see how a team of young designers worked to make the polling place more user-friendly. In the months leading up the election, a group of students and staff at the Minneapolis College of Art and Design (MCAD) developed a multilingual signage system to help guide voters through the various steps of exercising their franchise on Election Day.

Since the infamous “butterfly ballot” used in Florida in the 2000 presidential election, an increasing amount of attention has been paid to the design of materials and systems related to voting and how tools such as graphic design, typography, and user experience design can be used to improve those systems.

Following best practices developed by American Institute of Graphic Arts (AIGA–the oldest and largest professional association for design in the United States) through its Design for Democracy project, the MCAD design team developed a modular, flexible system of signage that both directs voters to where they need to go, but also assists voters in determining key information–if they are in the correct precinct, if they are registered to vote, and if needing to register what materials are required–for themselves, thus improving the efficiency of the overall voting process.

MCAD is located in the Whittier neighborhood in Minneapolis, one of the city’s most diverse. According to research conducted by the Wilder Foundation, 29% of the neighborhood’s residents speak a language other than English. Yet, demand for election judges who are fluent in languages other than English vastly outstrips supply. Seeking to address this problem, the design team had the directional signage translated into Spanish, Somali, and Hmong, and used multilingual voter information materials from the Secretary of State’s website to create displays that can help eligible voters who speak English as second language navigate the process. The team hopes that various aspects of the signage system it has developed could be adopted or adapted by interested election officials around the state.

“MCAD is proud to serve as a neighborhood polling place,” stated college president Jay Coogan. “We are excited to explore the potential for design to create a better voting experience, and this project is a great example of how community-based design can be used to support civic participation.”